Crédit Agricole on the move for a 4.8% direct stake in Egyptian subsidiary 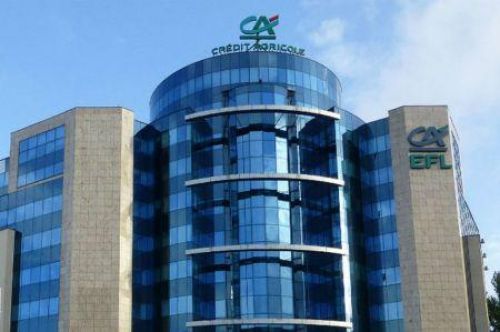 (Ecofin Agency) - If successful, the operation will increase the French banking group’s stakes in its Egyptian subsidiary to 65.3%.

The French banking group Crédit Agricole is on the move to acquire a 4.8% direct stake in its Egyptian subsidiary, which it controls (60.5%) through its investment banking branch. The news was disclosed by Egyptian investment bank EFG Hermes which was the main arranger of the operation.

The terms of the transaction were not disclosed, and the bank did not provide specific explanations for the development. The planned stake increase is contrary to the trend observed so far. Indeed, several European banks have reduced their direct holdings in markets like  Africa, where new banking rules force them to increase capital in proportion to their risk exposure.

The French group reassured that this transaction would not impact its Tier 1 capital. In its H1-2022 report, it praised its Egyptian subsidiary, which, at constant exchange rates, recorded a 17% year-on-year growth in outstanding loans.

The subsidiary’s gross operating income also rose by 21% compared to its Q2-2021 level, thanks to corporate activities and increased interest rates. Its bad debt ratio was 3.8% and its coverage ratio was 20.8%, the French group informed.

Crédit Agricole has two strong franchises in the Maghreb. Besides Egypt, it has a second subsidiary in Morocco.