Oikocredit approves US$1.5 mln for solar energy projects in Benin 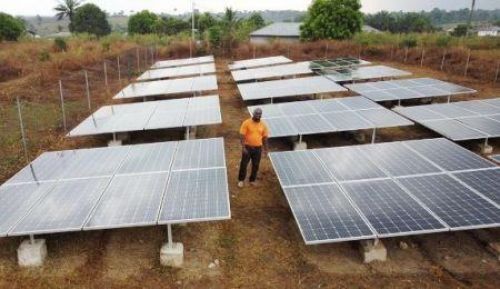 (Ecofin Agency) - Dutch finance company Oikocredit approved, Tuesday (April 12), a €1.4 million (US$1.5 million) long-term financing facility for solar grids builder Weziza Benin. The facility will enable the company to connect about 40,000 people living in rural areas to solar power over the next 10 years.

According to Siebren Wilschut, Oikocredit’s investment officer, “With Oikocredit’s support, Weziza Benin will continue to scale up its social impact for the benefit of thousands of households.”

“We're delighted to support Weziza Benin as they expand their provision of access to safe, clean, and reliable energy. Renewable energy mini-grids have enormous potential to meet the needs of millions who currently experience energy poverty,” he commented.

Weziza Benin, the Beninese subsidiary of West African solar mini-grid operator Energity Corp, is the second solar energy company to benefit from Oikocredit financing in Africa, after Baobab Plus Côte d'Ivoire in 2020.

The recent investment aims to strengthen the distribution of solar energy in West Africa. Therefore, the funds raised will be used to design, build and operate a renewable energy system based on solar mini-grids.

In Benin, power deficit and low access are major challenges. For years, the country is struggling to meet the growing demand induced by its development projects. As a result, it is still much dependent on other countries in its sub-region for energy needs.