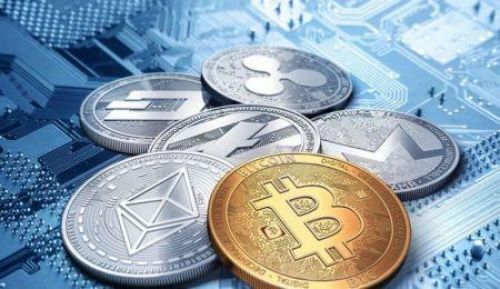 (Ecofin Agency) - Since Nigeria launched its cryptocurrency, the first in Africa, several experts on the continent believe it could be an alternative to financing the region's economies. However, the International Monetary Fund sees risk and says international regulations need to be implemented.

In a blog published last week, IMF analysts drew attention to the risks inherent in crypto-assets and proposed that strong policy be adopted to address them. “While the nearly $2.5 trillion market capitalization indicates the significant economic value of the underlying technological innovations such as the blockchain, it might also reflect froth in an environment of stretched valuations. Indeed, early reactions to the Omicron variant included a significant crypto selloff,” the document reads. The IMF analysts said that after African experts touted cryptocurrencies as an additional solution to financing the continent. This was during the 16th edition of the African Economy Conference in Sal, Cabo Verde, last December 2-4.

“We need to come up with a cryptocurrency that is acceptable to each member state. It’s better to do it at the continental level, and we have the expertise to do it. It’s a matter of governance, not an issue of technology,” said Anouar Hassoune, who heads the West Africa Rating Agency. He suggested that this common cryptocurrency be backed by the continent’s natural resources. Raymond Gilpin, Chief Strategy, Analysis & Research Team of the UNDP Regional Bureau for Africa, said there is an opportunity to tap into digital financing. He said digitization facilitates remote transactions, without the need for banks to have cash everywhere in the country. “Cash is also expensive to print and maintain, especially in Africa where the climate causes banknotes to deteriorate quickly. The cost of printing would also be saved if countries digitize their currencies,” he said in an interview with Ecofin Agency.

The IMF Blog raises risks such as financial stability and a lack of coordinated international policy. But the current international financial system is not favorable to African economies. To create money, African central banks are constrained by parity with reference currencies such as the dollar and the euro, which account for over 75% of international foreign exchange reserves.

A major challenge of digital currencies such as Nigeria’s is that they do not completely remove the link with external assets. Therefore, a stand-alone cryptocurrency within African economies, with value backed by local assets or production, would boost financing dynamics in the region.

Several experts on the continent have already raised hypotheses where cryptocurrencies could be created not based on macroeconomic indicators of the Bretton Woods consensus, but the actual valuation of resources and assets present in African countries. In such a scenario, a country like the DRC would generate value for its soil, its subsoil, as well as for its entire biodiversity. The policy suggested by the IMF analysts is still not favorable to Africa and the latest solution on SDRs is proof of that. The continent has benefited only from 6% of the new SDR allocations compared to 20% for a country like the U.S., which has demonstrated its capacity to issue as many dollars as it needs. To increase its share, Africa has to engage in negotiations, the ugly side of which is only discovered years later.