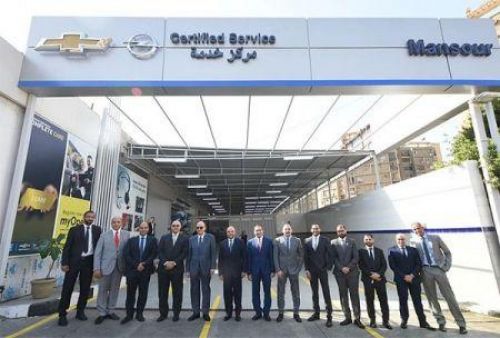 (Ecofin Agency) - The billionaire, who heads the Mansour Group,reduced his stake in the Meta and sold all his Twitter shares to invest in green projects.

The Egyptian billionaire Mohamed Mansour announced ,Saturday,  he reduced his stakes in Twitter and Meta to engage in the production of electric vehicles in Egypt.

Mansour, whose fortune is valued at US$6.8 billion, told Bloomberg on the sidelines of the 27th United Nations Climate Change Conference (COP27) that he plans to produce 15,000 electric vehicles in Egypt over the next three to five years through his company Al-Mansour Automotive, which has a long-standing partnership with U.S. carmaker General Motors (GM).

The businessman, now in his seventies indicated that with his about 50 years of experience in the automotive industry, he believes going into the electric vehicle segment would be a “big success.”

He added that his group was also planning to import and market five Cadillac-branded electric car models in Egypt by 2025.  "We want to be a leader in that aspect," he added.

Mohamed Mansour heads a diversified conglomerate that operates in several sectors, including real estate, food, cotton and manufacturing. The conglomerate owns the franchise for all McDonald's restaurants in Egypt, as well as stakes in several major international technology companies such as Snowflake Inc, Spotify Technology and Airbnb Inc. He sold part of his Meta stakes and exited Twitter “at good prices” (in 2021) to focus on green projects. His goal is to increase his stakes in green projects from 2% to 10% by 2024.

Palm Hills, one of Mansour Group's subsidiaries, is currently building an eco-friendly residential city covering 1,214 hectares west of Cairo. The city, which is expected to accommodate 250,000 residents, will be the first city in the Middle East & North Africa region to be built in full compliance with the United Nations Sustainable Development Goals.