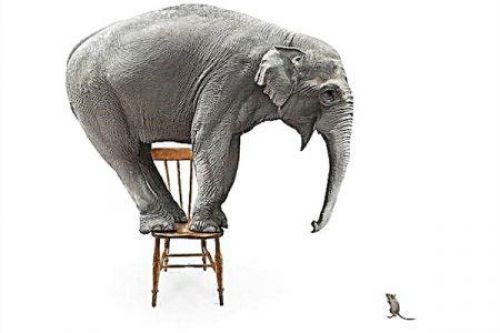 (Ecofin Agency) - The Paris Summit on the financing of African economies is surely well-intentioned but in the current context, it seems unnecessary to draw attention to the debt of the continent, which only represents a tiny part of the total global debt. Would it not be more fair to offer Africa better conditions to access financing, fight illegal financial flows and urge multinationals to pay taxes as they should?

The France-Africa summit, set to take place tomorrow May 18, is initiated by France to help find a solution to Africa’s debt, which according to Cécile Valadier, an analyst from the French Development Agency, gives reasons to worry. “What worries us is that these countries need huge financing but they will have difficulty resorting to external debt, particularly for their social, education, or infrastructure spending that could boost growth," she said while answering questions about the event.

Africa indeed has big financing needs but the points French authorities raised to justify this summit touted as a “New deal” are quite debatable. Although Africa’s debt has accelerated since the implementation of Debt Relief under the Heavily Indebted Poor Countries (HIPC) Initiative, the amount remains modest and is concentrated in countries like South Africa and Egypt.

IMF’s adjusted outlook (April 2021) revealed that the public debt of sub-Saharan Africa will only reach $799 billion in 2022 or 42% of the region’s GDP. At the same time, the public debt of the United States will reach 129% of GDP and that of the Eurozone is seen at 122.6% in 2022, according to the Institute of International Finance (IIF). The same source revealed that the total global debt at the end of Q1 2021 was $289 trillion, driven by developed countries (including France) which now find it difficult to revive their economies efficiently.

In the Eurozone, the amounts owed by households and non-financial companies reach 63% and 115% of GDP, respectively. In Africa, the rates are 13% and 15% of GDP respectively.

Speaking last May 6 during the launch of a think tank on Africa’s debt, Sandra Ablamba Johnson, Secretary-General at the Presidency of the Republic of Togo, said the continent just needed "to have the best conditions of access to financing.” "This includes the cost of debt, which is the main reason for the current situation in which we find ourselves," she said.

Another point on the summit’s agenda is the financing of African economies through a new allocation of IMF Special Drawing Rights (SDRs). According to the most optimistic estimates, Africa could benefit directly from $34 billion in external liquidity. The amount could go up with the support of rich countries that would decide to lend or give up their new SDRs. "I tend to think that SDRs are not going to be validated by African countries because they will probably be backed by a debt control plan. At the moment, African countries need massive long-term financing to build a real industry," Chicot Eboue, an African specialist in macroeconomics and development finance, said in an interview published by TV5 Monde.

Points that are not on the summit’s agenda

The black continent faces another big challenge which is illicit financial flows. According to UNCTAD, based on data reviewed between 2010 and 2018, the continent has lost the equivalent of $88.6 billion annually on trade transactions alone; 82% of these transactions are with external partners, the main ones located in the Eurozone.

Aggressive tax deals: that’s another point that needs to be discussed but is not clear on the agenda of this forum. Aggressive tax agreements legally deprive Africa of hundreds of billions of dollars for development financing. In 2019, Tax Justice Network (TJN) indicated in its index of tax havens for multinationals that France and the United Kingdom were the most aggressive European countries in Africa in obtaining advantageous tax arrangements for their companies.

TJN then suggested that multinationals should be more transparent in the publication of their financial performance, reporting their situation country by country. It also advocates an automatic exchange of tax information. Finally, the NGO suggests more clarity on the real owners of companies.Three points on which international companies, including French companies, still have efforts to make.