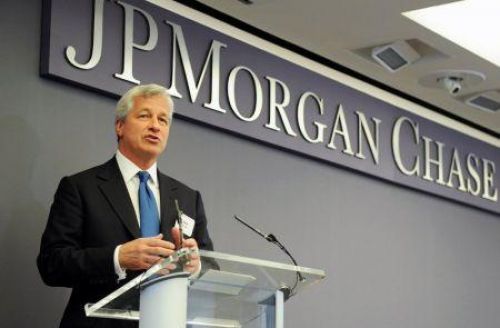 (Ecofin Agency) - Over the 12 months ending on March 31, 2021, fintech companies attracted $91 billion from VC companies. This amount which may seem low hides a big threat to traditional banks.

Jamie Dimon (pictured), CEO of JPMorgan Chase & Co, the world’s biggest bank by market capitalization ($496.7 billion), said in a note to shareholders that the development of fintech must be closely monitored.

“Fintech companies are making great strides in building both digital and physical banking products and services. From loans to payment systems to investing, they have done a great job in developing easy-to-use, intuitive, fast, and smart products,” he said stressing that competition from fintech is now a reality. The segment has great assets with ubiquitous platforms and infinite access to data.

In Q1 2021, VC investors injected $22.8 billion in fintech via 614 transactions, we learn from a recent report by research platform Cbinsignts. Compared to the same period in 2020, the number of transactions was up 15% while the amount injected was up 98%.

This investment may seem small compared to the market value of the world's major listed banks. But since Q2 2020, VC companies have invested a total of $91 billion in fintech. That's 72% of the latest market value of American Express ($126.2 billion), the global leader in payment services. It's also 57% of Citigroup, one of the world's most diversified banks. This investment in just 12 months also exceeds the market value of BNP Paribas, the largest banking group listed on the French financial market, which is worth $86.4 billion.

Covid-19 has highlighted the need to digitalize services to better resist new shocks. Until now, digitalization in the banking sector, whether retail or investment, was a process to gain more market share or improve customer service. Today, it is seen as a business model for operating financial intermediation services.

All segments of the banking activity are concerned by this investment flow. The transactional segment with stock market investment services, wealth management, and real estate lending services collectively received $15.8 billion in venture capital commitments in the first quarter. These segments supported bank revenues during the period when the world was discovering the challenges associated with covid-19.

This positioning of venture capitalists in fintech occurs as the debate over the adoption of central bank-issued digital currencies and the rise of private digital currencies such as Bitcoin and Etherum evolves. In either case, the role of banks as the financial intermediaries of choice will be reduced in favor of digital finance companies.

Also, behind these investors are sometimes the global giants of technology services. An example is how Alibaba, the retail company founded by Chinese billionaire Jack Ma, has set up a vast network of financial services, which has only stopped growing because of the intervention of Chinese leaders. American groups such as Amazon, Facebook, Apple, and Google do not hide their intentions to better control their users' money.

This battle is now being seen in Africa in countries like Kenya, where the telecom company Safaricom has become the leader in payment services ahead of banks. The only limitation is that companies involved in payment services cannot create banknotes. Companies in the same sector, such as Orange and MTN, have deployed solutions to no longer depend on banks or external financial technology services.

However, it should be noted that despite the potential they represent, African fintech companies receive only marginal investment from international venture capital. Even if the value is up compared to the first half of 2020, fintech companies in the region have only received $120 million in investments over the last 12 months compared to, for example, $9.2 billion for those active in Asia.