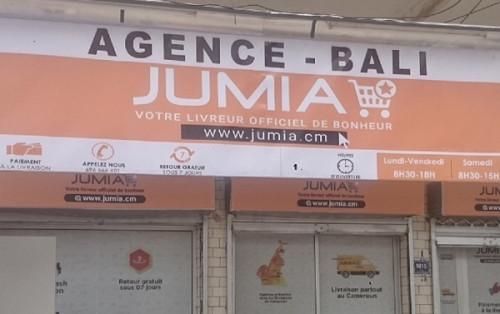 (Ecofin Agency) - Jumia Cameroon, Cameroonian subsidiary of online sales group Jumia, is in a liquidation process, Ecofin Agency learned from local media sources. This information was confirmed by persons close to Jumia who requested anonymity, ensuring that official information is being prepared on this subject. At this stage, it is not yet a question of activity cessation but rather a reduction of the size of activities.

According to sources, the process started some time ago and the leak came from employees who were notified of the end of their employment contracts. The official reason for this closure decision is still unknown but the people interviewed about it point out that the Cameroonian market was not very mature for e-commerce. This claim may come as a surprise, given that Cameroon was ranked 10th in Africa in 2018 in a UNCTAD ranking for this sector of activity.

In addition, at the end of 2018, Jumia Cameroun partnered with Carrefour to explore expansion opportunities in Cameroon. Interviewed by Investir au Cameroun, the subsidiary’s general manager, Kone Dowogonan, presented a number of challenges faced by the company. Among other things, there was a low level of transport infrastructure, but also the cumbersome payment mechanisms.

However, it cannot be ruled out that this decision may be in line with the Jumia Group's requirement to safeguard investors’ interests, particularly after its initial public offering on the Nasdaq Stock Exchange. Despite a nearly 40% increase in sales revenues, the group's financial performance was adversely affected by major expenses.

For instance, in comparison with the first 3 quarters of 2018, advertising and administrative expenses alone jumped by almost 50% to €48.2 million euros year on year during the first 3 quarters of 2019. Jumia thus ended the first 9 months of 2019 with a €163.4 million loss.
The contribution of markets such as Cameroon to this loss is not specifically presented but the closure of Jumia in Cameroon will have consequences. Indeed, many households gradually adopted e-commerce as their purchasing model. Their adoption contributed to the development of the sector.

In addition, during its time in Cameroon, Jumia established contacts with many small and medium-sized retailers, who have had the opportunity to develop their operations via the platform. Jumia's fall could lead to theirs.

Let's note that many other entities are engaged in e-commerce activities in the local market but their ability to fill the void that Jumia would leave remains to be determined.