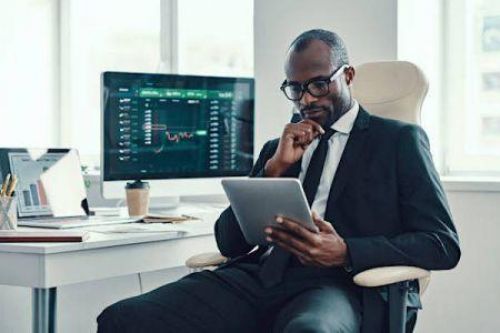 (Ecofin Agency) - The return on equity of banks operating in the continent's five largest markets has declined by 2.6% since 2016, driven by a combination of declining margins and continually high operating costs.

Despite their rising profits since 2021,  African banks are struggling to reverse the dropping profitability that started long before Covid-19 partly because of a very high cost-to-income ratio, strategy consulting firm McKinsey said in an article released Dec. 6.

According to the article, despite macroeconomic uncertainties, African banks’ revenues have exceeded pre-pandemic levels this year thanks to sustained volume increases, higher interest rates, and stable risk costs. “However, in all African geographies except Kenya, banking return on equity (ROE) still remains one to two percentage points (pp) below pre-COVID-19 levels, despite a strong rebound in 2021,” it reads.

“Part of the reason for this is that many of the downward pressures on ROE in African banking predate the pandemic,” it adds. McKinsey reveals in this context that banks' ROE has been steadily declining since 2016 in the continent's five largest banking markets (Egypt, Kenya, Morocco, Nigeria, and South Africa). The ROE has declined by an average of 2.6 percentage points over the past six years across the five markets. This figure masks disparities among the different countries. Egypt experienced the largest decline (-9.5 percentage points), followed by South Africa (-2.7 points) and Morocco (-2.1 points).

According to the article, “coming off of a low base, Nigeria is the only major African economy that has seen an increase in banking ROE since 2016 (3.6 pp), driven by a decline in risk costs following Nigeria’s economic reforms following the 2016 recession, a partial recovery of oil prices, early easing of COVID-19 restrictions and Central Bank of Nigeria (CBN) forbearance measures.”

It attributes the downward “drift”  profitability to a decline in net interest income, a predominantly declining interest rate environment, and a decline in fee and commission margins due to increased competition and the rapid digitization of banking services.

Some suggestions to reduce operating costs

At the same time, operating costs have remained constant. For example, in Morocco, average operating costs from 2016 to 2021 remained stable at around 2.3 percent, while net interest income declined from 2.0 percent to 1.8 percent. This contributed to a decline in average return on equity from 9.2 percent in 2016 to 7.1 percent in 2021.

McKinsey's analysis shows that banks operating in most African markets have very high cost-income ratios (CIR), estimated to be between 4 and 5 percent (twice the global average.)

To improve their profitability, African banks should therefore address the various productivity bottlenecks by revising their cost structure and reinventing their operating models.

The first key action is to expand digital channels in the retail banking business to reduce the cost of banking services. Currently, the adoption of digital distribution channels is between 25 and 30% in Africa compared to 50% in Asia and Latin America. End-to-end digitization of processes could result in a 30% reduction “in journey cost to serve across branches, contact centers, and vendors and operations and enable the redistribution of activities to prioritize customer-facing sales and care.”

The second suggestion is to streamline central and back office processes. For the consulting firm,  automated operations driven by artificial intelligence (AI) could result in “ 40 to 60 percent cost-savings.”

In addition, African banks should step up their investments in the most advanced technologies to automate manual tasks and accelerate the migration of applications and IT infrastructures to the cloud, McKinsey believes.

It also believes that banks would benefit from introducing more flexibility in the management of their real estate assets (premises and branches) by offering their employees the possibility to work from home with the migration to cloud computing platforms or by renegotiating branch leases.

And last but not least, McKinsey urges African banks to use artificial intelligence techniques in their procurement departments, noting that they can, for example, use optical character recognition (OCR) and natural language processing (NLP) to pay suppliers or machine learning tools to improve the cost of cash management in branches and ATMs.