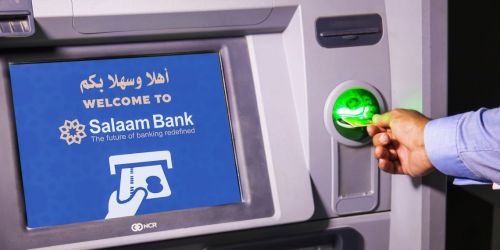 “CBK welcomes this transaction which will strengthen the business model of Uwezo MFB and enhance the resilience of Kenya’s microfinance banking sector,” stated in the press release.

Uwezo Microfinance Bank Limited was licensed by the Central Bank of Kenya on November 8, 2010, and approved in 2015 to upgrade to a nationwide microfinance bank. The bank has one branch in Nairobi with a market share of 0.45 percent of the microfinance banking sector.

Salaam African Bank is one of the three Islamic banks licensed and regulated by the Central Bank of Djibouti. Since its inception in 2008, the bank has made tremendous growth with extensive nationwide branch networks. Also, the bank has a presence in Kenya through an investment bank and in Ethiopia through a representative office.

Despite being a country dominated by Christians with a minority of 11% Muslims, Kenya is positioning itself as a hub for Islamic finance in East Africa.

In this light, Kenya is in active consultation with international Islamic bodies to boost the Islamic finance operation system that meets the international threshold. Moreover, the Central Bank of Kenya and Kenya’s Capital Market Authority, in 2016, became members of the Malaysia-based Islamic Financial Service Board (IFSB).