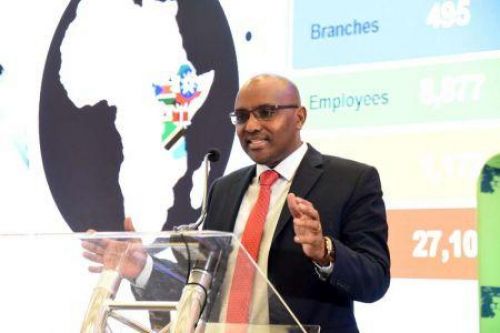 (Ecofin Agency) - The performance was driven by interest and non-interest income as well as its digital services.

Kenyan financial group KCB Group Plc posted Ksh19.6 billion (US$163.4 million) of net earnings for H1-2022. The performance is up by 28.4% compared to its result during the same period last year.

According to the financial group, the performance was driven by an “ improvement in both the funded and non-funded income streams” and by the contribution of international subsidiaries and digital channels.

During an investor presentation on August 24, the group led by Paul Russo (photo) explained that its interest income rose 15.7 percent to Ksh54.5 billion (US$454.5 million), mainly due to a 31.5 percent growth in income from government securities. In addition, non-interest income grew by 29.9 percent, driven by service fees, increased trade finance activity, and foreign exchange income.

“ We delivered solid results, supported by our diversified business model as we sharpened our focus on customer obsession and execution to better support our customers in a rather difficult operating environment. Despite some uncertainties and headwinds, we saw sustained signs of recovery across the [East African] region, allowing us to deliver stronger shareholder value,” commented CEO Paul Russo.

For H2-2022, the group is confident and expects an economic turnaround.