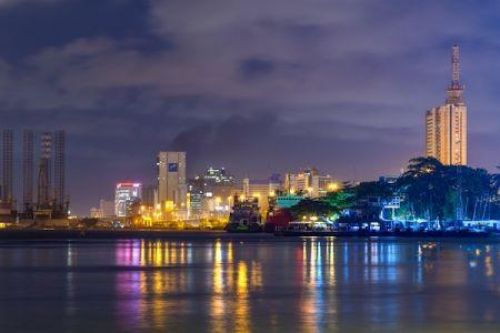 (Ecofin Agency) - With 481 startups employing nearly 20,000 people, about 150 incubators, and more than US$2 billion in fundraising, Nigeria is positioning itself as the epicenter of the tech ecosystem in Africa.

Between January 2015 and June 2022, 641 investors spent US$2.06 billion on 383 Nigerian startups, according to a report published in October by the specialized news platform Disrupt Africa.

The report states that Nigeria is the top investment destination for deal-seeking venture capital funds in the African tech ecosystem, ahead of South Africa, where 382 investors staked US$993.6 million into 357 startups over the same period. The Country also outran  Egypt, where 318 startups raised US$791.07 million from 203 investors.

Nigeria also accounts for the largest deal volume ever recorded in Africa with unicorn Flutterwave raising US$250 million in Series D, the development phase that often precedes an IPO, last February.

When it comes to start-up acquisitions, Nigeria is lagging compared to the other two African tech giants, South Africa and Egypt namely. The country recorded 15 acquisitions since 2016 when Disrupt Africa started keeping tabs on such deals. South Africa recorded 37 acquisitions against 25 for Egypt.

Disrupt Africa’s report reveals that, with 481 startups, Nigeria tops the list of African countries with the highest number of startups. Lagos is the hub of its startup ecosystem, with 425 startups headquartered, against 23 for Abuja, its federal capital.

Disrupt Africa also indicates that 217 Nigerian startups, or 45.1% of the country's startups, have benefited from acceleration or incubation programs provided by about 150 incubators, compared to 38.6% of startups in Egypt and 25.7% in South Africa.

Overall, Nigerian start-ups, 15.6% of which have at least one woman in their founding team, employ 19,334 people, compared to 11,340 for their South African counterparts. The average number of employees per startup is 40. Fintech Renmoney is the startup with the highest number of employees in Nigeria (982 people) ahead of e-commerce nugget Alerzo (684) and fintech startups Cowrywise (570) and Flutterwave (541).