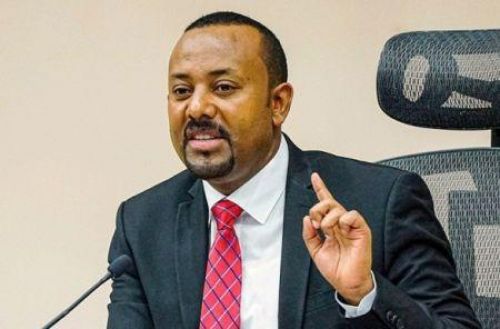 (Ecofin Agency) - Ethiopia’s initiative to privatize public companies could be hampered by security risks.
"In recent months, the conflict between Ethiopia's central government and the leaders of the Tigray region has dominated the news. Although federal government troops have regained control of Tigray, the conflict illustrates potentially serious flaws in Ethiopia's federal system," the Institute of International Finance (IIF) said.

The other conflict that could be of concern to investors interested in this privatization program is that between Ethiopia and its neighbors Egypt and Sudan over the Great Renaissance Dam (GERD). This project is however one of the strong pillars of the economic transformation of the country.

Reforms undertaken by the Prime Minister, Abiy Ahmed (pictured), led to the decision to organize the very first democratic election slated for June 5, 2021. In Africa, this type of transition often does not go smoothly.

Beyond being a political line, the privatization of Ethiopian public enterprises has become a necessity. Already, the growth model based on public investment has begun to show limits, even before covid-19. Data from the IIF indicate that after average annual growth of 9.5% between 2011 and 2018, the Ethiopian economy grew by only 2.4% in 2019.

The other challenge facing Ethiopia's public companies is the contingent debt they have accumulated. The debt of state-owned enterprises also affects the stability of the national financial system through the Commercial Bank of Ethiopia, one of the country's largest lenders. It has extended large loans to public enterprises at lower rates than private borrowers, the IIF says.

In such a scheme, foreign capital would help support the ongoing restructuring of the Ethiopian economy. The local government has pledged to allow minority private participation in some large public enterprises - including Ethiopian Airlines, EthioTelecom, and Ethiopian Shipping and Logistics Service Enterprise - and to fully privatize others. This announcement is being closely followed by large companies and investors targeting Africa.
Idriss Linge