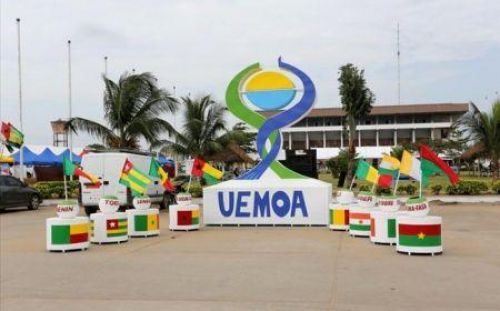 (Ecofin Agency) - Banks operating in the WAEMU region posted record performance for their 2021 operations. However, the IMF reminds that there are unaccounted-for risks that could re-emerge at any time.

In 2021, banks operating in the WAEMU region recorded a 68% year-on-year growth in their net earnings, to a record XOF799 (US$1.21 billion). Despite this performance, they must urgently increase their capital, per the Basel II international framework, to address some rising challenges that are yet to be accounted for, the IMF suggests.

“While large exposures to private borrowers is a long-standing phenomenon within the WAEMU, exposure to sovereign risks has risen sharply since 2008 due to concentration of a few sovereign issuers in banks’ portfolio,”  the Bretton Woods institution explained in its recently- published technical note on its assessment of the region’s financial sector.

It also advised the WAEMU banking commission to urgently implement the suggestion. The suggestion may appear like a pressure exerted by the IMF on those banks but, it is in line with the member countries' plan to upgrade their banking sectors to international standards between 2018 and 2022.

In 2021, WAEEMU banks’ consolidated equity grew significantly. Yet, it was just 8.7% of their combined balance sheet while international standards require it to represent at least 11.5% of the balance sheet. Also, although their tier 1 capital ratio was 11.2%, higher than the sub-regional standard (7.8%), the distribution was “heterogenous”, the IMF explains.

“Eighteen banks, representing 10.2 percent of banking assets, did not adhere to the solvency standards at end-June 2021. Certain banks are in long-standing violation of the rules. Furthermore, the absence of sovereign risk weighting reduces the overall capital requirements of banks. Finally, surplus capital levels are not commensurate with concentration, contagion, and interest rate risks,” it indicates.

In that context, the million-dollar question is whether those Pan-African groups’ shareholders will be able to effectively increase equity capital as the IMF advises. In the coming days or months, there may be a multiplication of merger acquisitions or the issuance of new shares/bonds to boost the equity.

Another question is whether increasing equity capital will be profitable for investors. This is normally not an issue because the sector’s profitability ratio, measuring the return per XOF100 invested, reached 16.6% in 2021 (the ratio did not take into account listed banks’ capital gains). This is the best ratio recorded by the sector in the past three years. It is also above the returns generated by bonds and deposits. However, nothing is certain.