WAEMU: Bank Credit rises but some sectors are still marginalized 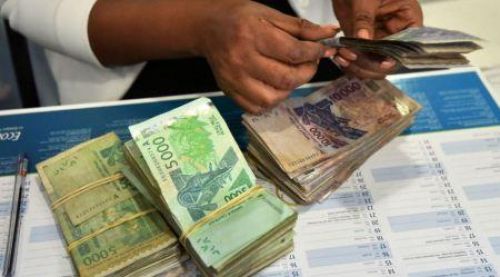 (Ecofin Agency) - With the economic recovery on track, banks increased the volume of credit granted to economies in the WAEMU zone. The increased volume nevertheless hides the marginalization of actors, who are usually crucial supports for economic resilience in crisis times.

Over the 12-months-ending on March 31, 2022, the volume of credits granted by banks in the WAEMU region rose to XOF6,884.8 billion (US$11.1 billion at the current exchange rate), according to data published by the central bank BCEAO.

The volume represented a double-digit growth year-on-year, and it could have been a satisfactory performance but for some slight shortfalls. Indeed, 55.6% (XOF3,833.7 billion) of the credits were granted to central public administrations (states) and the remaining to the private sector. In addition, the 400 largest firms received 31.2% of the overall credits. Meanwhile most of the overall credits were granted for a short-term (repayable within 12 months).

The household segment includes what public administrations call informal actors, who are notably small-scale traders and artisans, farmers, breeders, and fishermen who would play a crucial role in economic resilience in crisis periods. Yet, financing those economic agents seems not to be the subject of in-depth political debates. In early 2022, the BCEAO decided to raise its key rates to lower inflation to sustainable levels. The measure is logical as per classical economic theories but, it could make credit access more difficult for very small enterprises. Let’s note that in the WAEMU region (as in most regions in Africa), banking regulations are usually conservative when it comes to risk management standards. This may be why commercial banks choose to grant credits mostly to states, large firms with low-risk profiles, and short-term loans (in the consumer market for instance). At the same time, those who support the economy in crisis times are less favored.