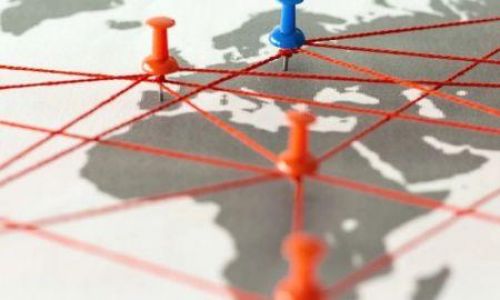 (Ecofin Agency) - A resurgent U.S. economy is good news for U.S. investors and households, but for many other countries, the case needs to be closely monitored. For experts from the International Monetary Fund (IMF), the stronger-than-expected recovery is a signal to investors that there is a risk of a general rise in prices, and as a result, they are demanding higher yields to buy U.S. Treasuries.

The increase in yields on 10-year U.S. Treasuries has three major fallouts. First, there is a crowding-out effect for safe-haven securities issued by emerging and frontier countries. U.S. debt securities are considered safe and are easily traded on the capital market. When things are going well, investors prefer to keep them in their portfolios.

Secondly, the rise in rates on these financial products has a knock-on effect on other segments of the debt market, and forces economic agents to seek more dollars to pay back what they owe. This increase in demand for the U.S. currency can lead to a rise in its value, with negative consequences for the currencies of economically weak countries.

The third implication is that due to attractive U.S. treasuries, investors are less interested in frontier markets unless the yield is high. The analysis of securities issued by African countries shows that these three implications are already felt on the markets. At the end of the first quarter this year, yields on African securities increased compared to their level at the beginning of the year.

Even the Eurobonds of Benin and Côte d'Ivoire, which were issued at historically low rates and were oversubscribed three to four times, are now showing rising yields. In addition, the international debt of African countries is also likely to be harder to repay, due to the depreciation of African currencies. Apart from the CFA franc, which has a stability deal with the euro, the currencies of several African countries have fallen against the dollar.

The decision of monetary policy committees of African central banks needs to be followed. According to some analysts, Africa should invent a new model for financing its economy. Besides the challenge of reviving their economies, the countries of the region must refinance hundreds of billions of debts between now and 2030, which is no easy task.