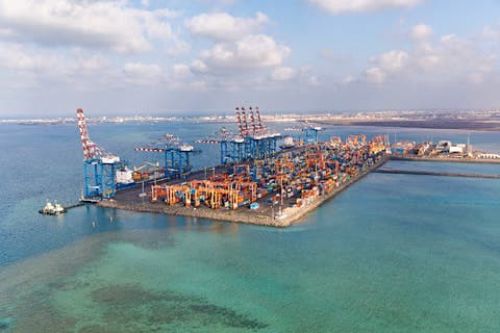 (Ecofin Agency) - In spite of the particularly challenging international economic situation arising from the health crisis, the Republic of Djibouti has entered the year 2021 with determination. According to the World Bank's Global Economic Prospects report, Djibouti is expected to experience the strongest GDP growth in Africa this year with a projected rate of 7.1%.

This outlook is by no means coincidental. Lacking natural wealth, exposed to a demanding and arid environment, Djibouti has been able to build on its main asset: its geostrategic location at the entrance to the Bab-el-Mandeb Strait, at the intersection of major global shipping routes, used by a mega ship every 25 minutes.

Accordingly, Djibouti has developed a business model based on unique port and logistics solutions. Since 2013, when the Vision 2035 development plan was implemented, Djibouti has been committed to modernizing its legislation and financial system, upgrading its human resources and building efficient infrastructure geared to the requirements of the international market.

In February 2018, after ending DP World's unfair concession of the Doraleh Container Terminal (DCT), which undermined the state's sovereign powers on its own coastline, and this after multiple attempts at amicable renegotiation, the government took back control of this essential infrastructure, effectively restoring its sovereignty.

The old port of Djibouti will be entirely transformed to accommodate a new attractive international business district, an extension of the port infrastructures and free zones under the triptych: Port, Park and City (PPC).

Today, the container terminal has established itself as one of the most efficient in the region. Moreover, alongside the Doraleh facility, Djibouti has developed a first-rate ecosystem that encompasses the commissioning of the new railway line to Addis Ababa (October 2016), the commissioning of the Doraleh Multipurpose Port (DMP, 2017), the entry into service of the Djibouti International Free Zone (DIFTZ, July 2018), the mineral ports in Ghoubet (June 2017) and Tadjourah (June 2017), extended by the road corridor linking Balho, a border post with Ethiopia.

In January 2021, Djibouti has further consolidated its logistical pre-eminence in the region with the signing of an agreement between Air Djibouti and Ethiopian Airlines and the port of Djibouti (DPFZA). The goal is to offer a global air-sea freight hub from Djibouti airport, transporting by air cargo to the whole African continent the goods unloaded from ships at Doraleh.

This port and logistical offering includes an ambitious programme for the future in two areas: the Djibouti Damerjog Industrial Development (DDID) project and the redevelopment of the centrally located historic port into an attractive international business hub, a continuation of the port infrastructure and free zones under the Port, Park and City (PPC) trinity.

It will take 15 years for a total investment of $3.8 billion to complete the DDID project. The first phase of the project includes the construction of a refinery and a jetty for an oil terminal.

The “old port”, which boasts over a century of existence, is now laying the groundwork for the start of this project after entering into an initial investment agreement of $350 million in early 2021 with the China Merchants Group, a strategic partner which plans to invest a total of $3 billion.

The redevelopment of the historic port also includes the establishment of a ship repair yard, in partnership with one of the world leaders in the sector, Netherlands-based Damen. A floating drydock will allow the structure to accommodate very large vessels, thus saving the numerous shipowners operating in the Indian Ocean and Red Sea from costly towing fees.

There are infrastructure projects planned for the key energy, water and sustainable development sectors as well. A French energy company, Engie, will be in charge of designing, building and managing the photovoltaic power plant project in the Great Barra Desert. Spain's Siemens Gamesa has been selected to build the Ghoubet wind farm. Lastly, work on the seawater desalination plant being carried out by the Eiffage Group in association with Tedagua, a Spanish company, is nearing completion.

In early October 2020, to better coordinate its long-term action, Djibouti equipped itself with the Djibouti Sovereign Fund (DSF), an innovative financial instrument. The fund will help to pool the country's wealth, act in partnership on international investment projects, support the domestic private sector and gradually build intergenerational savings.

To meet the challenges of its development, Djibouti maintains an active strategic and economic diplomacy. Its historic alliance with sister country Ethiopia has grown stronger over the years. Djibouti, faithful to its balanced and outward-looking policy, has forged strong and lasting ties with friends and partners, such as China, the United States, France, Japan, Saudi Arabia, and Turkey, and others. Djibouti thus resolutely inscribes its action in the global arena while preserving its independence and sovereignty. 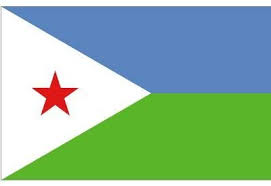