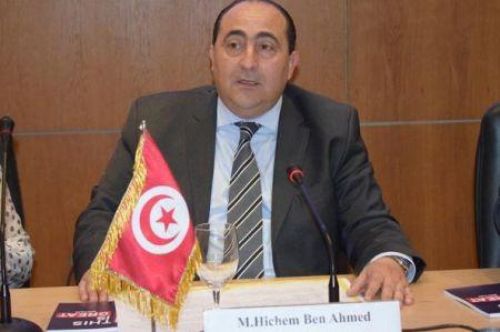 (Ecofin Agency) - Tunisia wants to invest about $22 billion in its transportation sector in the next ten years. According to Xinhua that announced the plan on May 1, 2019, citing the country’s transport minister Hichem Ben Ahmed (photo), this is to reform the sector.

Presenting the study for a national master plan for the transport sector by 2040, the official indicated that the railway sub-sector would capture most of the planned investments. He explained that in the master plan, 19 projects were dedicated to the railway subsector for TND28 billion ($9.2 billion).

Road infrastructures come at the second place with 18 projects, followed by the port (6 projects) and airport (4 projects) sub-sectors. The maintenance of existing infrastructures should capture about $4.5 billion.

For the time being, there are no details about the funding sources for such projects. However, thanks to the new master plan whose study was co-funded by the AfDB, the government expects to address the “dysfunctionality and poor services of some transportation modes” to ensure “effectiveness and durability”.