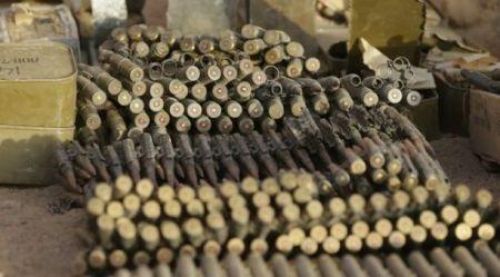 Year to year, this represents an 8.4% decrease. According to the SIPRI, this is the most important decrease since 2014, when military expenses were at a record high.

For the second year in a row, the military expenses of North African countries dropped to $22.2 billion, representing a 5.5% drop compared with the volume of spending in 2017. Compared with the 2009 military spendings, it represents a whopping 74% rise.

In Subsahara Africa, these expenses were estimated at $18.4 billion, representing an 11% and 21% decrease compared with the respective spendings for 2017 and 2009.

The military spendings of two other largest weapon importers, Angola and Sudan namely, have recorded an 18% and 49% decrease in their spendings respectively.

Angola’s spendings dropped for the fourth year in a row to $2 billion due notably to lower oil prices since mid-2014. As for Sudan, it is affected by an economic crisis.

Going against the trend, the military spendings of some countries has risen during the period under review. These countries are Burkina Faso (+52%), Zimbabwe (+19%),  Nigeria (+18%) and Uganda (+17%).

SIPRI indicates that the world military spendings rose by 2.6% year on year to $1,822 billion in 2018. The five largest spenders were the USA, China, Saudi Arabia, India and France that concentrated close to 60% of the world spendings.