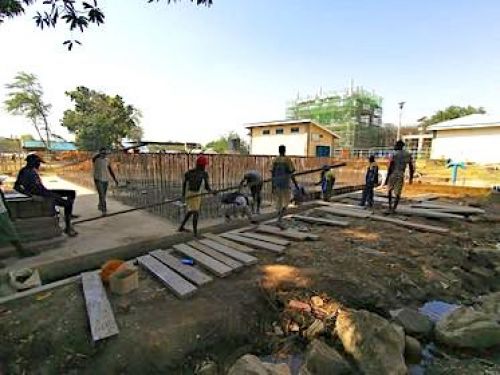 By bringing drinking water to Juba, the project has led to a spectacular improvement in the schooling rate of young girls in Southern Sudan.

(AfDB) - Farida, her school bag on her back and her face betraying a hint of a smile, sings softly on her way to school in Juba, the capital of South Sudan.

Along with thousands of other South Sudanese girls, Farida has been able to attend class thanks to a project that has freed her from the daily grind of fetching water.

With funding of almost $7.22 million from the African Development Bank, the Resilient Water Project for Improved Livelihoods in Juba, will help to release school-age girls in South Sudan from a daily chore that could take between four to eight hours a day. The water project when completed will help to boost primary school enrolment in the capital city from 89% to 95%.

Another vital impact has been on health. Among Juba’s 372,000 people, only a quarter had regular access to clean drinking water and the city faced annual cholera outbreaks. The water initiative has helped to reduce morbidity and mortality caused by water-borne diseases. 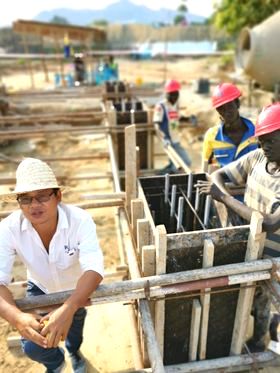 By providing potable water to almost 230,000 people in disadvantaged areas of Juba, including Hai Gabat, MTC, Konyo, Kasaba, Lologo, Atlabara, Muniki and parts of Gudele, the project has eradicated acute diarrhoea and Guinea-worm disease, the result of consuming water drawn directly from the Nile.

This includes four new filling stations to make it easier for residents to get water from tankers and the installation of 1,000 individual meters, 30 neighbourhood drinking fountains and four community meters.

Introduction of water meters is to change payment oftheir bills on the basis of derisory fixed rates, which are too low to ensure the financial viability of the SSUWC and to enable it to provide high-quality services.

The project is set address other positive impacts on Juba’s most vulnerable populations.

the sale and distribution of water from tankers is a a male preserve, the project is endeavouring to interest at least 20% women and 10% young people in drinking water supply kiosks .

. Women also represent 30% of the 400 customers trained in detecting leaks in the water network.

Access to drinking water in South Sudan is a crucial issue for peacebuilding and dealing with community disputes that could undermine the country’s emergence from conflict and crisis.

Funding for supplying water to the city of Juba is aligned with one of the Bank’s vision for Africa’s economic transformation, dubbed the High 5’s, in particular to Improve the quality of life for the people of Africa.