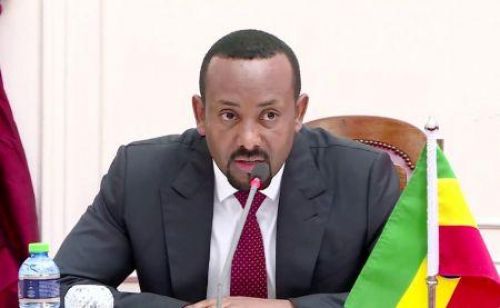 (Ecofin Agency) - The Ethiopian Parliament has approved the measure proposed by the government of Prime Minister Abiy Ahmed (pictured) to adopt a supplementary budget worth 48.56 billion birr (about $1.4 billion) for the current fiscal year. The additional money will serve as a shield against the impact of the coronavirus pandemic.

In Ethiopia, like in other countries, the pandemic has posed a triple threat to the economy, health, and social development. The country has 1,172 confirmed positive cases of Covid-19 with 11 deaths and 209 recovered; a situation that exacerbated the social crisis and brought the number of people in need of food assistance to 30 million.

Also, the restriction measures put in place to control the propagation of the virus have slowed economic activity in the country. Growth for the fiscal year ending July was revised downwards from 9% to between 5% and 6%, according to Reuters.

As a reminder, the Ethiopian economy has been very dynamic in recent years, and the rating agency Moody’s forecasted rates to be around 8% in the coming years. “The economy is being highly impacted due to coronavirus and the government has to assist,” said Finance Minister Ahmed Shide.

The government plans to borrow money from both the local and international markets to deal with new spending. In early May, the government announced historic tax cancellation measures to ensure a rapid recovery of the economy. In March, the Prime Minister announced the postponement of the August general elections to a later date; the decision was criticized within the political class.