Chad: An outbreak of chikungunya has affected 8,000+ in less than a month 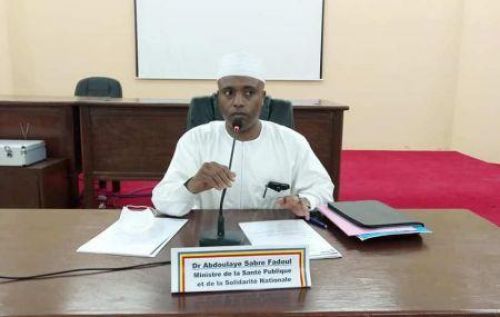 (Ecofin Agency) - More than 8,000 people have been affected in less than a month by chikungunya virus disease in Abéché and Adré, two major cities in eastern Chad, the Health Minister Dr. Abdoulaye Sabre Fadoul (pictured) announced.

First diagnosed on August 14 in a 62-year-old patient, chikungunya continues to spread in the area. Following the deployment of a team of experts and infectious disease specialists to conduct analyses and findings, the results obtained confirmed that “chikungunya disease does exist in Chad,” the minister said.

This announcement confirming the existence of the epidemic comes about two weeks after the first cases were recorded. Dr. Sabre Fadoul said his ministry did not want to make an official statement “for the simple reason that per international health regulations, the results obtained by our laboratories had to be confirmed with effective quality control by an external laboratory.”

Teams from the Ministry of Health and the Red Cross are currently deployed to disinfect the suspected regions and conduct awareness-raising campaigns.

According to Institut Pasteur, the chikungunya virus is transmitted to humans through the tiger mosquito (Aedes albopictus) or the Aedes aegypti mosquito. This disease causes, in particular, acute joint pain in patients, which can be persistent.

This new epidemic in Chad occurs amid the coronavirus pandemic, which has affected more than 1,000 people in the country.