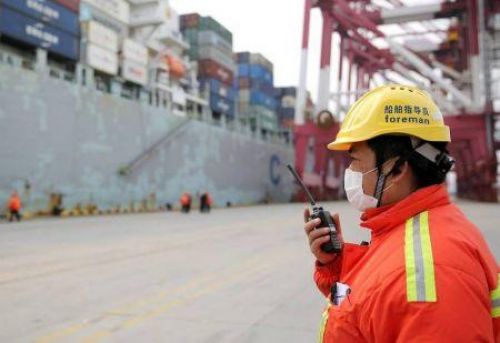 (Ecofin Agency) - Commodity exports to China could fall by $33.1 million in 2020, down 46% from initial forecasts. According to the UN Conference on Trade and Development (UNCTAD), this decline in Chinese commodity imports could led to a 9% decrease in the annual growth in developing countries. In those countries, revenues from commodity exports to China is expected to slide by $2.9-7.9 billion.

The current coronavirus pandemic has slowed the economic world, and restrictive measures adopted by governments to limit its spread have exacerbated the already dire situation. The shutdown of many plants led to lower demand in China, which absorbs one-fifth of the global natural resource exports, and analysts project that an economic crisis may occur.
UNCTAD has found that the decline will be felt unevenly across commodities. Energy, mining and grain products will suffer the largest losses. For example, Chinese imports of liquefied natural gas could fall up to 10% this year, while they were expected to increase by 10% before the pandemic started. The report also states that wheat exports to China could fall by 25%, twice the pre-pandemic forecast.

African countries, to which China has been the leading trading partner for several years, will be the most affected by this situation. In 2019, trade between Africa and China exceeded $200 billion.

On the other hand, some commodities are expected to see their exports to China increase. China's soybean imports from commodity-dependent developing countries, for example, are expected to increase by 34%, 10 percentage points higher than previously forecast. Similarly, the annual growth rate of copper imports from commodity-dependent developing countries is expected to double from 5.4% before the pandemic to 11%, according to UNCTAD. While major natural gas exporters to China, such as Myanmar, may see their trade prospects deteriorate as a result of the coronavirus pandemic, other countries such as Equatorial Guinea may see an exponential increase in timber exports, for example.

The World Bank projected that sub-Saharan Africa should enter recession for the first time in 25 years, with a negative economic growth of -5.1% this year.