Burundi reopens border with DRC after more than a year break 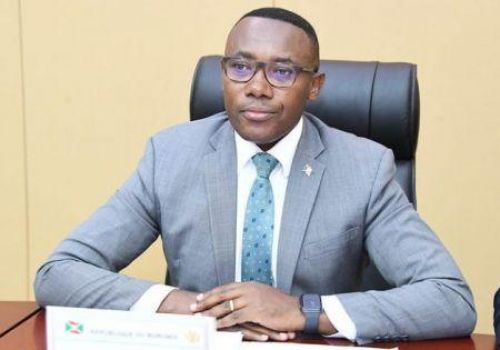 (Ecofin Agency) - After a break of over a year, Burundi announced last June 1 it has officially reopened its land border with DR Congo. This resumption of trade between the two sides is being carried out in compliance with the Covid-19 prevention measures, health minister Thaddée Ndikumana (pictured) reassured.

“Any case that comes in is screened, so there is no risk,” he said. Entering the territory is conditioned on a quick screening charged $30 for foreigners.  Regarding the quarantine for passengers at Bujumbura International Airport, Minister Thaddée Ndikumana says: “We have issued recommendations that have been submitted to the High Authority. We await the response.”

As a reminder, the just reopened border was closed in March last year to control the spread of Covid-19. This measure, alongside the others deployed to fight the pandemic, has all led to a slowdown in economic activity, especially in tourism and trade. The reopening of the border is thus seen as a step to revive the economy and resume relations with DRC, an important trade partner. Official stats showed that DR Congo absorbed more than 27% of Burundi’s exports in Q4 2020.