Mali: AU urges troops to return to camps “without conditions,” threatens to sanction 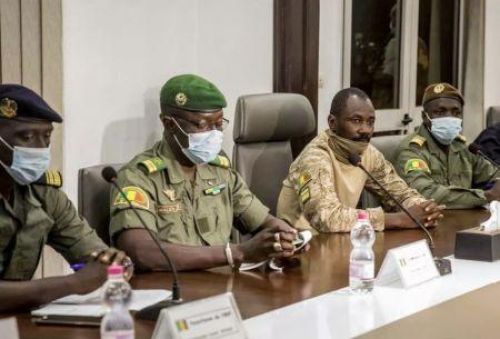 (Ecofin Agency) - The AU Peace and Security Council (PSC) has, in a statement issued last June 1, announced the suspension of Mali from its bodies. The institution condemned the two coups that took place in the country over the past nine months.

Supporting the decisions of the Economic Community of West African States (ECOWAS), the AU-PSC said Mali will no longer take part in AU activities until "normal constitutional order is restored in the country.”

The AU "strongly urges the Malian troops to return urgently and unconditionally to their camps, and to refrain from any further interference in the political processes in Mali, while calling for the creation of conditions conducive to an unhindered, transparent and speedy return to a civilian-led transition, based on the agreed roadmap for the Transition," the statement reads.

Failing this, "the Council will not hesitate to impose targeted sanctions and other punitive measures against any troublemaker in the current transition.” This announcement aligns with the condemnations of the international community against the Malian junta, which took power again after the ousting of President Bah N’Daw and PM Moctar Ouane. Even though AU calls for a rapid return of the Civilian-led Transition, the institution seems tacitly ready to accept the appointment of Colonel Goïta as head of the country, in the sense that it does not make a clear statement against this decision of the Constitutional Court, preferring to demand the appointment of a civilian government.

In paragraphs nine and ten of its statement, the PSC states that the AU "unambiguously demands that the current leaders of the transition process, including the Head of Transition, the Vice President, and the Prime Minister, must not be candidates in the next presidential election. It also calls on "the military leadership and all political actors to fully and unconditionally respect the Charter of the Transition while urging the immediate appointment of a civilian Prime Minister to lead the transition process and coordinate a truly inclusive national reconciliation and dialog process for the stability of Mali.”

While he has already suggested that the June 5 Movement, Rally of Patriotic Forces (M5-RFP) run the next Transition government, all eyes are on Assimi Goïta, the new Malian strongman who promised the presidential elections will surely be held in 2022. But doubts are beginning to emerge about the willingness or ability of the new head of state to keep this promise. In an interview with AFP, Youssouf Coulibaly, the legal advisor to the junta leader, said that "nine months is not enough to do all the work we have to do to achieve stable, credible and uncontested elections.”