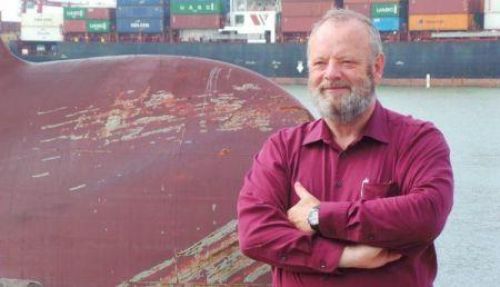 (Ecofin Agency) - On 28 July 2020, the Director-General of the Port Authority of Cotonou (PAC), Joris Albert Thys (pictured), signed a note announcing the introduction of new fees as part of actions against maritime piracy, following a recent ministerial decree dated 13 July.

According to this note addressed to shipping agents and consignees, the amount of the new fees varies, depending on whether the ships concerned have their armed security teams on board or not.

When a ship has no armed security team on board, elements of the Beninese armed forces will be placed at their disposal against payment of CFA350,000 for vessels less than 100 m long and CFA450,000 for vessels over 100 m long. Upon departure from the quay or harbor, escort by the armed guard will also be charged at CFA360,000.

“These new fees, like any port of call fees, must be paid before the ships dock. They are taken into account in the advances on a port of call accounts to be paid by the consignees,” the PAC states.

By January 2020, the platform had already taken 10 measures to strengthen the protection of ships in harbor against acts of piracy. But despite these measures, acts of piracy are still being recorded at the port. Most recently, on 17 July, the oil tanker MT Curacao Trader was boarded off the coast of Benin, and 13 Russian and Ukrainian seamen were kidnapped. This is the eighth of such incident since the beginning of 2020.