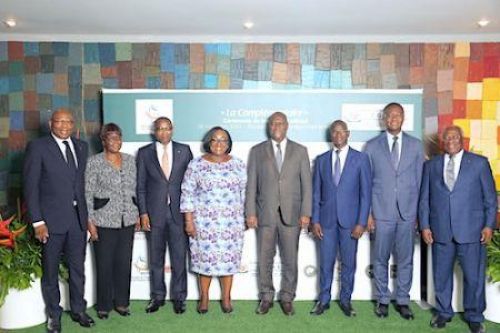 (Ecofin Agency) - The Ivorian General State Pension Fund (IPS-CGRAE) announced it has launched a supplementary pension scheme by capitalization to improve the purchasing power of the retired public worker. The launching ceremony was held yesterday November 2 in Abidjan and presided over by the Ministry of Employment.

The new mechanism -La Complémentaire- is designed to enable retired civil servants and government employees to benefit from higher incomes than those provided by the current pay-as-you-go pension scheme.

The pay-as-you-go method is based on the principle of intergenerational solidarity. This means that a generation of active civil servants finance the pensions of their predecessors, and will, in turn, benefit from pensions financed by their successors. Under the new funded system, workers will be able to build up a capital stock, in addition to the basic scheme, according to the principle of individual savings.

"La Complémentaire" requires workers to either make additional contributions of a minimum of CFA5,000 (deducted from their salary during a given period) or make free payments representing an amount to be paid occasionally at their convenience. The amount can however not be less than CFA25,000.

"The pay-as-you-go pension system [...] is not sufficient to provide retired civil servants with a suitable or acceptable replacement rate for the salary received while working, to the exclusion of the other components of the overall salary. The new supplementary pension scheme (...) offers civil servants the opportunity to become major players in their retirement and to make the best possible contribution, or even to go further, depending on the savings effort made during their period of activity," said Abdrahamane T. Berte, MD of IPS-CGRAE.

Adama Kamara, the Minister of Employment and Social Protection welcomed a new project that represents "the first link in the chain of projects to extend social coverage via proper care of civil servants and state agents."

The principle of the establishment of a supplementary pension scheme had been adopted in April 2018 by the government, before the signing of a decree on June 24, 2020.  An order was then signed on January 22, 2021. Once in force, the new system will be immediately mandatory for new civil servants or state employees recruited after the date of signature of the decree creating the scheme, while civil servants working before that date will be able to join voluntarily.