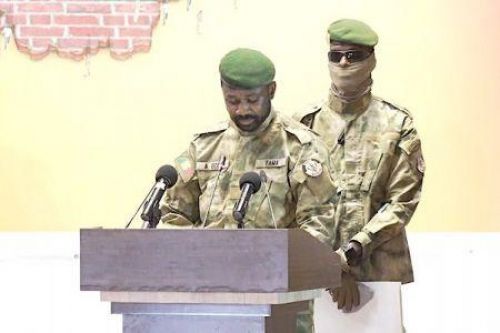 (Ecofin Agency) - The transition government in Mali has set a new deadline to form a civilian-led government. After admitting its inability to hold elections within the initial schedule, the government of Assimi Goïta announced it needs between 6 months to 5 years maximum to get it done.

“What we came up with is 5 years […] maximum,” said Abdoulaye Diop when presenting the results of the national meetings in Mali to the ECOWAS members. This was during his visit to Accra last December 21-30.

According to PM Choguel Maïga, the Malian junta needs such a deadline to navigate the current security crisis in the country. He said the situation makes it is quite difficult to campaign and ensure that the population living in the conflict zones participate in the elections. As a reminder, ECOWAS has been pressuring Mali to hold elections next month, saying the country would face heavier sanctions if the deadline was not met. The regional bloc has already frozen the assets of the government members and issued a travel ban against them. Meanwhile, Colonel Assimi Goïta is calling for "more understanding and solidarity" with his country.

With these measures, ECOWAS is showing its stance against coups in its member countries. Guinea, where a coup happened, is also under sanctions.