France joins the US in suspending military cooperation with Mali 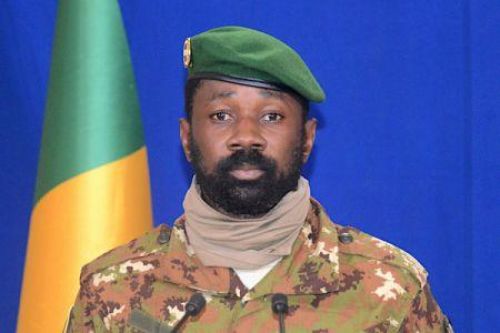 (Ecofin Agency) - Voices have been raised to demand a civilian government since Colonel Goïta took power in Mali following the coup that saw the resignation of former President Bah N’Daw. As a precautionary measure, the French government announced the halt of its military cooperation with the West African country.

“Requirements and red lines have been set by ECOWAS and the African Union to clarify the framework of the political transition in Mali. It is up to Malian authorities to give quick feedback,” the French Army Department said.

France, like the African Union and ECOWAS (which have suspended Mali from their bodies), condemned the two coups d'état of August 2020 and May 2021 by Colonel Assimi Goïta (pictured). A few days ago, he was appointed president of the Transitional Council, and although he promised that he would return power to civilians after free and democratic elections, the international community is demanding the appointment of a civilian prime minister. On May 26, the United States announced the suspension of military aid to the country, while announcing that it would consider targeted measures against political and military leaders who impede Mali's transition to civilian-led democratic governance.

In an interview with the Journal du Dimanche (JDD) a few days ago, French President Emmanuel Macron indicated that he might withdraw his troops from Mali if the current government moves closer to the radical Islamists. He also added that France would not side with “a country where there is no longer any democratic legitimacy or transition," putting pressure on the new military leaders, who remain very dependent on their international allies in the fight against the jihadist threat in the country.

The French authorities said the suspension could be canceled or maintained, depending on the reactions of the new Malian leaders. "These decisions will be re-evaluated in the coming days in light of the responses provided by the Malian authorities," said the statement from the Ministry of the Army.