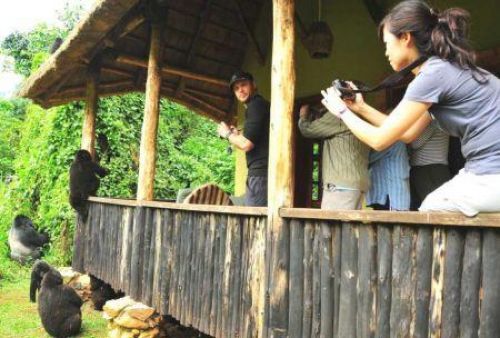 (Ecofin Agency) - Uganda could lose up to $2 billion in tourism revenues this year, the tourism minister Godfrey Ssuubi Kiwanda reported.

The minister said the envisaged losses are the result of the transport restrictions implemented around the world to curb the spread of the coronavirus. Uganda, which depends heavily on European, American, Japanese, Chinese, and Indian tourists to attract foreign currency, has seen its tourism revenues significantly drop in recent months.

Although the government is considering reopening its air borders as part of the easing of restrictive measures, it would still take several months to see Uganda's tourism sector return to its pre-coronavirus level. Minister Kiwanda revealed that discussions are currently underway to obtain World Bank assistance for the sector.

The announcement comes a few months after President Yoweri Museveni's statement saying that the country expects to lose more than a billion dollars in tourism revenues per year. According to the IMF, the decline in tourist flows to the country is expected to cause a 54% drop in tourism revenues projected for the fiscal year 2019-20 and a 52% drop for the following fiscal year.

As a reminder, Uganda recorded 1.3 million tourist arrivals in FY 2018-19 for $1.6 billion in revenue. This year, the authorities expected 1.5 million visitors before the pandemic broke out.