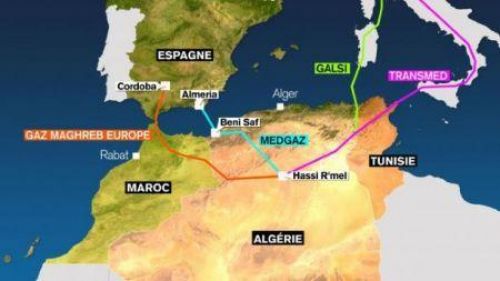 (Ecofin Agency) - Despite the rise in gas prices following the escalation of the Russia-Ukraine conflict, Sonatrach previously reassured its clients it would apply relatively fair prices. The decision is changing after Spain’s choice to support Morrocco, Algeria’s rival in the sensitive Western Sahara conflict.

Sonatrach, Algeria’s state oil and gas producer, announced, on April 1, it might raise the price of the gas it supplies to Spain. The announcement comes amid a major diplomatic dispute between Algeria and Spain. “We might readjust gas prices to our Spanish client,” said Toufik Hakkar, head of Sonatrach, according to comments reported by APS.

Indeed, last month, Spain announced that it would support Morocco's plan to grant Western Sahara the status of an autonomous region. For Algeria, which supports the Sahrawi nationalists, by making such an announcement, Spain is violating its neutrality in the conflict.

The Algerian government condemned the announcement and recalled its ambassador to Spain. The taunted price change appears like Algeria’s disapproval of Spain’s position in the conflict in Western Sahara, a former Spanish colony being claimed by Morocco since 1975.