Madagascar kicks off production of capsules for Covid Organics 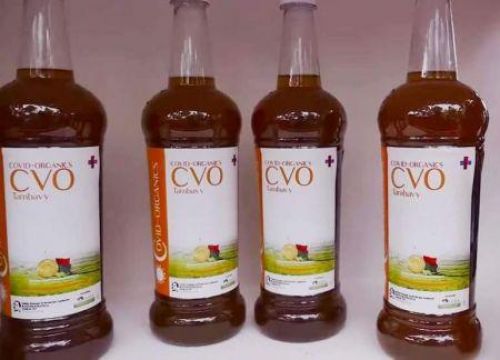 (Ecofin Agency) - Madagascar officially launched on October 2 the production of Covid Organics (CVO) in the form of capsules. The Head of State Andry Rajoelina visited a factory specialized in the production of the new substance, near the capital Antananarivo, in that regard.

This is another step taken by the Malagasy government as part of its strategy to promote a local remedy for the coronavirus pandemic. It was last April that the authorities announced the discovery of this infusion, based on the artemisia plant, to fight the disease. The remedy was however highly criticized, especially because the number of Covid-19 cases in the country surged in the months that followed.

Despite these setbacks, President Rajoelina seems to maintain his confidence in the Malagasy Institute of Applied Research that developed the cure. “We will make known to the world the capsules produced from artemisia and ravintsara, local Malagasy plants, whose virtues are recognized worldwide [...] we can change history through nature, natural resources and Malagasy know-how,” he said.

The plant for manufacturing the new products has a capacity of up to 32,000 capsules per day and already holds a stock of 275 million, according to the authorities.

While several countries, particularly African countries, have already obtained several doses of this remedy, the new strategy could enable the Big Island to better market its product. However, to date, no independent study has yet proven the effectiveness of CVO against coronavirus.

As a reminder, according to the latest figures from the African Union, Madagascar has 16,558 cases, 232 deaths, and 15,486 recoveries.