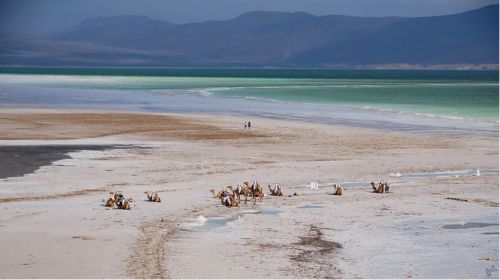 (REPUBLIQUE DE DJIBOUTI) - Under the patronage of the President of the Republic H.E. Ismaïl Omar Guelleh, Djibouti will host, from October 23 to 25, 2022 an international summit entitled: " Climate Change and Research (2CR): The path toward adaptation and lasting resilience ".

This high-level meeting, organized by the Ministry of Higher Education and Research, will be held at the Djibouti Palace Kempinski. It will involve the participation of several Heads of State from the region, distinguished guests, specialists in climate and biodiversity issues, several public and private institutions of international renown, representatives of civil society.

A presidential panel will mark the event and emphasize the commitment of States to strengthen regional cooperation and consolidation of technical and scientific knowledge in the face of the global changes affecting them. These discussions also form part of the COP 27 perspective, to be held in Egypt at Sharm el-Sheikh from November 6 to 18.

Through this major event, the Republic of Djibouti confirms, under the leadership of its First Magistrate, H.E. Ismaïl Omar Guelleh, its dedication in the fight against climate change. A land of exchanges and encounters, Djibouti seeks to mobilize the actors of the region, strengthen cooperation, the reception of researchers, the training of young people and networking...

The Regional Research Observatory for the Environment and Climate will be officially inaugurated on this occasion. The Observatory hopes to act as an essential scientific tool at the service of the region in terms of monitoring the climate, its impacts and conflict prevention.

The creation of this observatory was announced in May 2015 by the President of the Republic of Djibouti, H.E. Ismaïl Omar Guelleh during the East Africa Environmental Risk and Opportunities Summitin Djibouti. Its implementation was entrusted to the Minister of Higher Education and Research, H.E. Dr. Nabil Mohamed Ahmed.

The observatory currently has state-of-the-art equipment in terms of data analysis and processing, climate modeling, as well as regional and international scientific partnerships with UN agencies, research centers and universities.

The "2CRSummit" must contribute to the development of concrete solutions addressing environmental, economic and public health pressures to which the countries of the region are subjected.

Djibouti, the Horn of Africa and the east coast of the continent, faces a real challenge and important requirements for sustainable development. The impact of climate change exasperates conflict in a region already greatly weakened by ongoing demographic and poverty issues. Food security, water availability and means of subsistence are now threatened by recurrent droughts which accentuate land degradation. Faced with unusually high temperatures and a lack of rain, more than 10 million women and men face severe food insecurity and are subject to forced migration.

H.E. Dr. Nabil Mohamed Ahmed commented : "Through this major event, the Republic of Djibouti confirms its commitment in the fight against climate change. Our common goal is to put in place reliable and operational models of adaptation, lasting resilience, while protecting the growth and economic development essential to our fellow citizens."