Ghana seeks $3bln from the diaspora for development projects 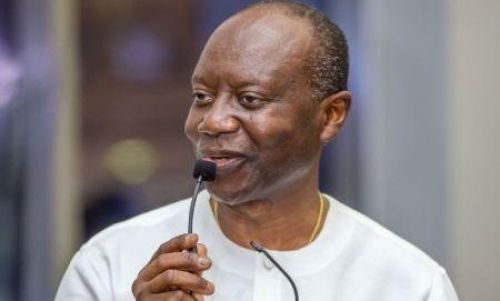 (Ecofin Agency) - The Ghanaian government wants to raise $3 billion from its diaspora to finance development projects in agriculture, infrastructure, and tourism, the Finance Minister Ken Ofori-Atta (pictured) announced last week. The fundraising is expected to start before the end of the current year.

The official said the government plans to offer more attractive interest rates on deposits in public banks. Ghana is thus joining other African countries which have resorted to their diasporas in recent years to finance development projects due to insufficient foreign public aid and low tax revenues.

In 2017, Africa received more than $65 billion in remittances, according to the African Institute for Remittances (AIR), more than double the foreign aid received the same year.

The new money mobilization strategy comes in an economic context marked by an increase in debt, due to the recent borrowing by the government to finance successive budgets. Many institutions have called on the authorities to improve debt management to avoid any risk of over-indebtedness, at a time when the country has just ended a program with the International Monetary Fund (IMF). The latter forecasts Ghana's economic growth to reach 7% in 2019, before stabilizing at an average of 5% over the next few years.