Covid-19: South Africa plans to vaccinate at least 67% of its population before 2021 ends 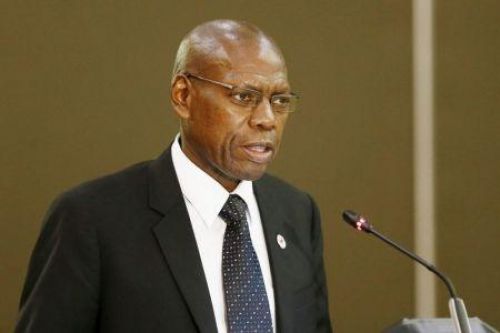 (Ecofin Agency) - The South African government said it plans to vaccinate at least 67% of its population before the end of the current year. The info was given on January 3 by the health minister Dr. Zweli Mkhize (pictured) during a press conference on the national vaccine rollout strategy.

“More importantly, we are making efforts to obtain vaccines much earlier, hopefully as soon as February 2021. This will very much depend on the success of bilateral negotiations we are holding with companies,” he added.

To finance the campaign, the South African government is betting on help from the private sector as well as the country’s key health insurers, via a solidarity fund that provides a fundraising platform for accelerated and controlled purchase procedures.

Also, to maximize the availability of vaccine stocks for the country, the government is negotiating with all manufacturers, including Pfizer, Moderna, and AstraZeneca, as well as Russian and Chinese laboratories.

"We are on sensitive discussions and at this stage are bound by Non-Disclosure Agreements but we will make announcements as soon as negotiations are concluded," the Minister said.

South Africa is the country most affected by the covid-19 pandemic on the African continent with more than one million cases to date and 30,000 deaths. Recently, a new variant of the virus has emerged in the country and is reported to be 50% more contagious.