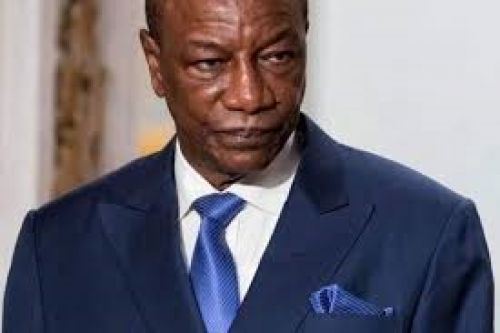 Yesterday, Guinea’s army ousted and seized President Alpha Conde, and dissolved both government and constitution. According to Colonel Mamady Doumbouya, who led the coup, the population is fed up with how Conde has been ruling since his controversial re-election last year. “We are no longer going to entrust politics to one man, we are going to entrust it to the people,” he said, promising “a new constitution in consultation with all Guineans.”

While some may welcome this approach, ECOWAS and the AU strongly condemned this “takeover by force”. They called for the immediate and unconditional release of Alpha Conde, whose location is still undisclosed.

The regional bodies received support from the UN and the U.S. State Department. “I am personally following the situation in Guinea very closely. I strongly condemn any takeover of the government by force of the gun and call for the immediate release of President Alpha Conde,” UN Secretary-General António Guterres tweeted.

Also, in a joint statement, AU chairman, Felix Tshisekedi, and AU Commission head, Moussa Faki Mahamat, requested an urgent meeting with the Peace and Security Council to examine the situation and find a solution.

The recent events suggest that coups have become the solution to make long-serving African presidents leave power in Africa, particularly in West Africa. The latest coup was in Mali, where President Ibrahim Boubacar Keita was ousted by Assimi Goïta last year. In Chad, Idriss Deby died this year in clashes with rebels.