Chad to support Sahel joint force with a new troop of 1,000 soldiers 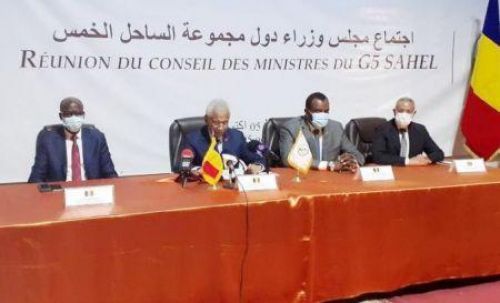 (Ecofin Agency) - The Chadian government announced the deployment of a new contingent of 1,000 soldiers to reinforce the G5 Sahel joint force.

According to the country’s foreign minister, Amine Abba Sidick, the measure was decided to thwart the recurrent attacks by armed groups within the Sahel region, which still lacks financial support to fully operationalize the joint force.

“Although the situation in the Lake Chad area is not stable enough, Chadian Marshal Idriss Deby Itno, President of the Republic [...], instructed us to deploy this battalion for the SAMA II operation. In this regard, I have come to solemnly announce the commitment of the second Chadian battalion of the G5 Sahel Joint Force to the central zone. The Minister Delegate to the Presidency in charge of the Armed Forces and Veterans and Victims of War has been instructed to fine-tune the logistical details with the partners,” the official said, according to comments relayed by Rfi.

“Taken individually, none of our states can defeat terrorism. This is why Chad is convinced that pooling our efforts remains the only option to combat terrorism in our community space,” he added.

As a reminder, Chad has already deployed the first battalion of 750 soldiers for the Joint Force. The new contingent will serve at the borders between Mali, Niger, and Burkina Faso.