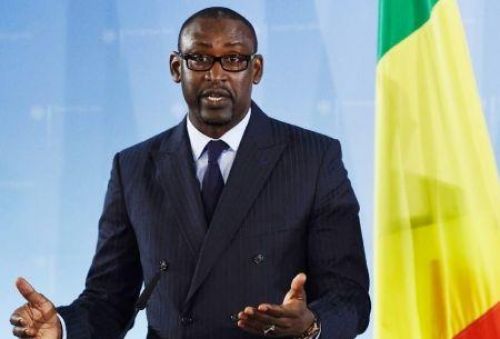 (Ecofin Agency) - Since the announcement of the end of the Barkhane operation, the relations between France and Mali have started to deteriorate. French President Emmanuel Macron's recent comments on the issue have sparked reactions from Bamako.

Malian authorities have summoned the French ambassador to Mali, Joel Meyer. An official statement issued yesterday, October 5, revealed that the Malian Foreign Minister Abdoulaye Diop (pictured) “summoned the French ambassador to Mali following the unfriendly and derogatory remarks made by Emmanuel Macron about the institutions of the Republic of Mali.”

According to the statement, “the minister has informed the French envoy of the indignation and disapproval of the government of Mali and has expressed a strong protest against these regrettable remarks which are likely to harm the development of friendly relations between the nations.”

The announcement implies a new escalation in existing tensions between France and its former colony. Since the military junta led by Colonel Assimi Goïta took power, the two countries have had misunderstandings, particularly about the political transition in Mali. However, what seems to be the breaking point was when France announced the end of Operation Barkhane, which involved the deployment of more than 5,000 French soldiers in the Sahel, particularly in Mali. Bamako labeled the decision an "abandonment", after which Emanuel Macron said it was a "disgrace" on the part of "what is not even a government."

In a recent interview with France Inter radio, the French president called for the return of the state to Mali. He said the state must reestablish its justice, its education, its police, everywhere in particular in Mali, but also Burkina Faso. With rumors of a deal between Bamako and the Russian group Wagner, Macron stressed that "there would be no government in Mali without France’s presence in the Sahel.”

Finally, the Malian Foreign Minister “called on the French authorities to show restraint by avoiding value judgments". He "reiterated the government's availability to build sincere and concerted relations with those partners who wish to do so, respecting the principle of non-interference."

This break could be an opportunity for Russia to increase its presence in Africa. The country has in recent months accelerated its rapprochement with Bamako. On September 30, amid escalating Franco-Malian tensions, Vladimir Putin's country delivered four helicopters as well as arms and ammunition to the Malian authorities. Russia used the same strategy to get closer to the Central African Republic.