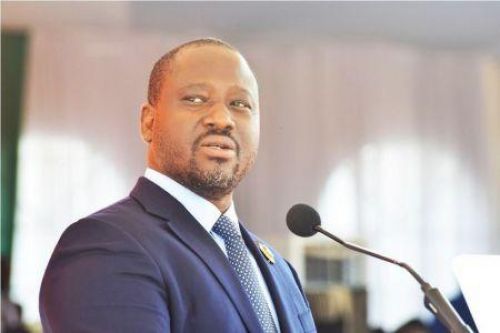 (Ecofin Agency) - In Côte d'Ivoire, Guillaume is calling the army to rise against Alassane Ouattara who won the election of October 31, 2020. In a speech published on November 04, the member of the opposition says the president is running a dictatorship system.

"I ask you soldiers, non-commissioned officers, senior officers and general officers of our army, to look at yourselves in the mirror of your soul and your conscience and to act to stop the killings, to preserve our country from pogroms, to preserve peace and harmony. Take action to restore our Constitution,” he said.

The opposition boycotted the elections and demanded that a civil transitional government be put in place. As a reminder, opposition leaders Henri Konan Bédié, Pascal Affi Nguessan, Assoa Adou, and Mabri Toikeusse, who reject the re-election of Alassane Ouattara, have been assigned to residence since November 3. The Ivorian government has decided to take legal action against them for acts “of insurgency, attacks, and conspiracy” after they announced the creation of a National Transitional Council chaired by the former Head of State, Henri Konan Bédié.

Guillaume Soro indicated that he was ready to continue the implementation of this transition. “I would like to tell you that we cannot, out of fear and cowardice, let the dictatorship of Mr. Alassane Ouattara settle for a long time and contemplate the empire of terror spreading in our country and taking possession of the soul of our nation […] I, Guillaume Kigbafori Soro, given the hunt against the main leaders of the National Transitional Council, decide, with full responsibility, to join in the continuity of the work started by contributing to the effective establishment of the bodies of the Transition,” he said.

The Ivorian authorities, for their part, condemn Mr. Soro’s statements saying they are of ”extreme gravity” and suggest the preparation of a coup. “ We are surprised that such statements are made on French territory and we hope that the French authorities will react," said Mamadou Touré, the deputy government spokesperson.