With 34 military sites, Africa is the second field for American military operations after the Middle East 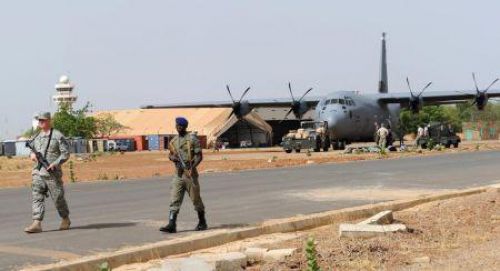 (Ecofin Agency) - The US military presence in Africa is more important than what the Pentagon pretends, documents published by the American magazine The Intercept on December 3, 2018, reveal.

Overall, the United States has 34 military sites in Africa, the investigative magazine informs. There are namely 14 bases as well as 20 camps and outposts. The continent is thus the second American military operation field, after the Middle East, with a specific interest for drone bases.

According to a report by Peter Teil, technical adviser at the Pentagon, the most important base is Camp Lemonnier, Djibouti, which is "the main platform" for American operations. At Camp Lemonnier, which is the largest drone base in the world, there are more than 4,000 men for operations in Africa and the Middle East as well.

Many other projects for the construction of American military sites in Africa are also being elaborated. "Air Forces Africa alone, the command’s air component, has recently completed or is currently working on nearly 30 construction projects across four countries in Africa", The Intercept wrote.

Camp Lemonnier could also be replaced by an important American military site in Agadez, Niger. It is a drone base that will require $100 million solely for the construction.

The US has not less than five military sites in Somalia, four bases in Kenya, a site (for surveillance mainly) in Entebbe (Uganda), three sites in Cameroon (including a drone base in Garoua), two drone bases in Chad and a military cooperation squad in Gabon.

In North Africa, American military presence is more discreet. There are three undisclosed sites in Libya and a drone base in Tunisia.

In West Africa, the US has a site in Dakar (Senegal), two in Bamako (Mali) and a cooperation squad in Ghana. Finally, in Southern Africa, America has only one site in Gaborone in Botswana.