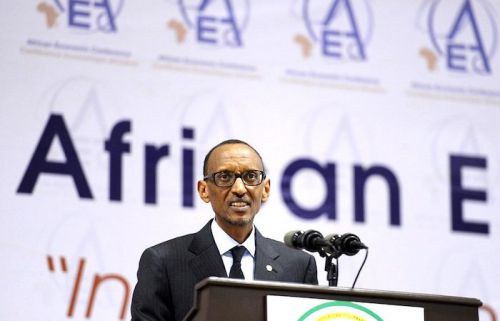 (AfDB) - A truly successful implementation of the African Continental Free Trade Area agreement cannot be achieved without the “people dimension,” which ensures that the integration process will be inclusive and not lead to inequalities.

In an interactive plenary session with experts and policy makers on the final day of the African Economic Conference, delegates discussed the risks of integration, including fragility, a rising youth population, unemployment and hunger, as well as examples of good practice and recommendations to avoid or mitigate the risks.

44 African nations signed the landmark African Continental Free Trade agreement (AfCFTA) earlier this year, which aims to create a single continental market for goods and services, with free movement of business people and capital, paving the way for the creation of the African customs union.

The agreement also has its challenges and some of these were the focus of the plenary session entitled: “Driving Equity, Inclusion and Innovation for Africa’s Transformation through Regional Integration.”

Hunger, gender imbalance and a growing population with young people moving away from rural areas, threatening the future of agriculture and primary production, were considered in turn by Dr. Monique Nsanzabaganwa, Rwanda’s Deputy Governor of the Rwanda National Bank.

“A third of the population of the East African region are affected by hunger,” she said, “while the gender pay gap means that 75% of women are working for no wages. Women are in danger of being left behind,” she added.

Other panelists emphasised fragility, the importance of governance, strong institutions and ensuring that policy makers do not exclude women and ordinary people involved in agriculture, which will play a unique role in the integration process.

Ngone Diop of the Economic Commission for Africa warned that more than half the population were being ignored and that measures must be taken to ensure food security and to protect the women “at the heart of the process.”

Dr. Isaac Shinyekwa, Head of Trade and Regional Integration at the Economic Policy Research Centre, Uganda, emphasised the need for training and industrialisation.

Yague Samb, a conflict resolution expert, said socio-economic conditions are the major contributing factors for extremism and radicalisation, which also pose a serious threat to a successfully integrated continent.

She said studies show that radicalisation in Niger, Mali and Nigeria is directly linked to popular frustration with prevailing socio-economic conditions.

Another key aspect of a successful AfCFTA would be good governance, coupled with a regional integration perspective, the panelists said. Fragility, which leads to the migration of youth and affects  women and children the most, would have to be addressed and reduced.

The issue of land conflicts also significantly impacts a region’s agricultural output. Dr. Temitope Oshikoya, an economic strategist, said that an example of this was the migration of cattle herders from neighboring countries to central Nigeria, which had led to tensions and insecurity. “This needs to be tackled from a regional public good perspective,” Oshikoya said, adding that incentives should be provided to policy makers for collective action.

Other factors – the current low levels of intra-African trade and the high dependence of African countries on imports – could also damage integration efforts.

Summarising the discussion, UNDP country director Stephen Rodriques pointed out that successful integration would entail both national and regional resolve to address the risks that could impede the full implementation of AfCFTA.

“We know that there are multiple fault lines and risks... many issues are cross-border. Regional public issues should be addressed proportionately. Education and skills training, for example, has to be addressed as a continental agenda,” Rodriques said.

The African Economic Conference, held annually, is the continent’s leading forum fostering dialogue and knowledge exchange in the search for solutions to the development challenges of Africa. It brings together leading academics, high-ranking government representatives, and development practitioners from across the globe.

This year’s AEC focus was “transformative initiatives for accelerating progress in infrastructure integration that are inclusive and promote equity, including the removal of barriers for movement of people, goods, and services across borders.”

The next AEC conference will take place in December 2019.