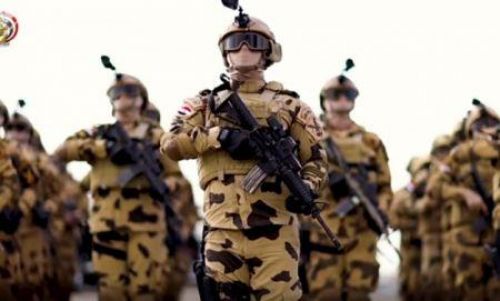 (Ecofin Agency) - Global Fire Power (GFP) has unveiled its 2020 Global Power index which ranks countries in the world based on their military forces. This year’s ranking assessed 138 nations, including 24 from Africa.

GFP based its rating on five criteria namely, the number of serving military members, the naval force, fuel availability for military operations, the number of jet fighters, the defense budget, and logistics flexibility.

Egypt remains atop the list in Africa with a power index score of 0.1872, thanks to an estimated military strength of 920,000 soldiers and 11,700 armored vehicles. The country is the only one from Africa in the world’s top 10, ranking 9th.

The perfect power index score, according to GFP, is 0.0000, meaning the farther a country is from this score, the lower it ranks. Let’s note the ranking does not take nuclear power into account and does not penalize landlocked countries that have no naval forces.

The world’s top 5 military powers is still dominated by the USA, followed by Russia, China, India, and Japan, which replaces France in the list.