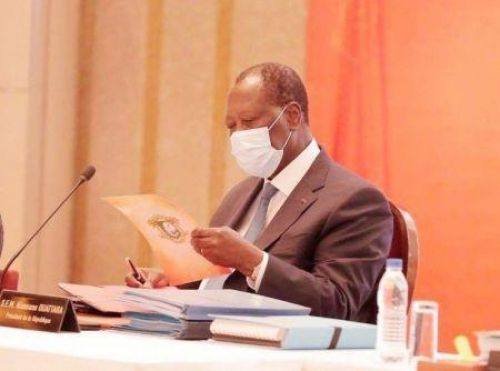 The new government welcomes onboard new heads including Kandia Kamissoko Camara who replaced Dr. Flindé Albert as the Foreign Minister and Félix Anoblé, who replaced the ex-Minister of Handicrafts Sidiki Konaté. Téné Birahima Ouattara kept his position as Minister of Defense and General Vagondo Diomandé remained the Minister of the Interior and Security. Overall, 37 ministers will aid Prime Minister Patrick Achi, while 4 secretaries of state and 2 cabinet members were also appointed.

These appointments come a few days after the dissolution of the government formerly headed by Hamed Bakayoko, who died on 10 March 2021. The Ivorian president also announced the appointment of Eugène Aka Aouélé as head of the Economic, Social, Environmental, and Cultural Council.

The new ministers will officially take part in the First Council of Ministers on April 7.