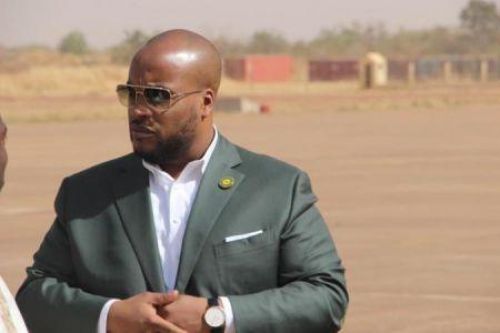 (Ecofin Agency) - Linchpin of his father’s -Ibrahim Boubacar Keïta- regime, Karim the eldest son of the former Malian President had found refuge in Côte d'Ivoire after fleeing Mali, following the coup by Assimi Goïta in August 2020.

Karim Keïta (pictured), the eldest son of Mali's deposed president, Ibrahim Boubacar Keïta (IBK), is the target of an Interpol red notice since Monday, July 5, at the request of an examining magistrate of the high court of Bamako's commune IV, media sources reported. The former Malian MP is wanted in connection with an investigation into the disappearance of a Malian investigative journalist in 2016.

According to the editor of the private Malian weekly Le Sphinx, for which he worked, Birama Touré disappeared on January 29, 2016, after having approached Karim Keïta about a case that would be compromising for the president's son. Those close to him fear that he was killed after being abducted and tortured.

Elected as a member of parliament in 2013, then re-elected in 2020, Karim Keïta was perceived by Malians as the paragon of corruption under the Keïta presidency. The "vice president," as he was known to his opponents, was forced to resign from his key position as chairman of the National Assembly's defense committee in July 2020, as the protest against IBK's regime became strong.

After the fall and arrest of his father in August 2020, Karim Keïta, who had found refuge "in a country neighboring Mali," according to a diplomatic source in his entourage, was spotted in Côte d'Ivoire.