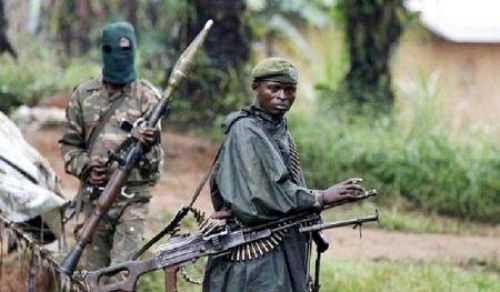 (Ecofin Agency) - Growing violence in Ituri and North Kivu has forced the DRC government to establish a permanent military presence and martial law. However, these measures appear insufficient. The ADF, the most deadly militia in these provinces, has continued to claim lives.

The Allied Democratic Forces (ADF) jihadists are suspected of killing at least 30 people on Saturday, September 4, in the northeastern DRC region of Ituri. The information was confirmed by local and UN sources.

From an initial estimate of 14, the death toll has now reached 30. "A civilian involved in the search for the bodies said the victims were mostly attacked with machetes or shot," AFP reported. ADF rebels have killed at least 200 people in attacks in about 20 villages since 2021 started.

Several armed groups are active in the mineral-rich provinces of Ituri and North Kivu but ADF jihadists are considered the most virulent. The militia, which originated from Uganda, was formed in 1990 by former soldiers who remained loyal to the Ugandan dictator Idi Amin Dada who died in 2003. They called themselves the Allied Democratic Forces-National Army for the Liberation of Uganda (ADF-NALU).

In 2016, Musa Seka Baluku, the current leader of the ADF, joined the Islamic State group.