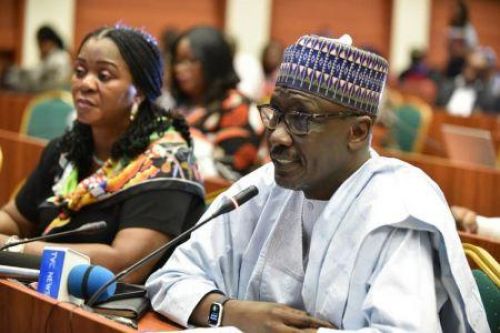 (Ecofin Agency) - In Nigeria,  Mele Kyari (Photo), MD of the Nigerian National Petroleum Corporation (NNPC) is calling for the creation of a special court for oil thefts The official made the plea on Thursday, during his address before the House of Representatives Committee on Petroleum Resources to explain why the country’s oil production dropped by over 500,000 barrels to 1.2 million barrels daily.

In the past two weeks, the Nigerian navy has arrested dozens of people in Rivers State and many more throughout the region, but the oil theft phenomenon is lingering. NNPC officials believe tougher legal tools must be put in place to punish oil theft, illegal refining and smuggling, which can be considered economic crimes.

“...it is life imprisonment for attack on these [oil] facilities. So, there are laws to support this. All we need to do is to increase the advocacy so that the legal process takes its course, prosecutions are done timely. (….)I will recommend that we set up a special court for this. Such cases will be speedily dealt with so that it is not just the ordinary ‘small’ people that you see at those locations that are prosecuted,” Mele Kyari said.

The official also alluded to the complicity of elected officials in states affected by oil theft and illegal refining. “We know that to sell crude oil on the international market is not the business of the ordinary people that you see in these illegal refinery settings. (...) It is an elitist business and we must have the courage to set up a very independent special court to try cases related to these. Otherwise the impact, today, it has on our overall economic outlook, our ability to improve foreign exchange, and also energy security for this country is threatened by very few people. Clearly, they are very few if you look at the scale of what is going on,” he explained.