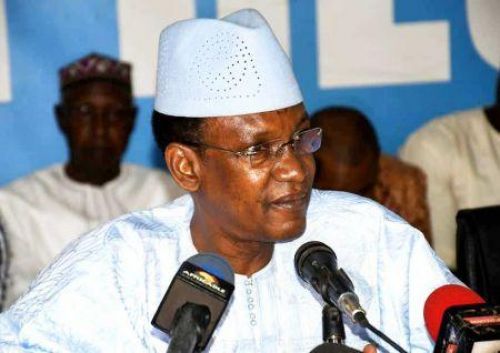 (Ecofin Agency) - Mali appointed yesterday a new PM of the Transition in the person of Choguel Kokalla Maïga (pictured), a few hours after Colonel Assimi Goïta was sworn in as Head of State.

Choguel Kokalla Maïga is one of the leaders of the June 5 Movement - Rally of Patriotic Forces (M5-RFP)- and had been tipped for the position for several days. A true veteran of Malian national politics, this former close friend of ex-president Moussa Traoré (who was the head of a military dictatorship in Mali for 22 years) has become one of the main figures of the opposition to the Malian government led by Ibrahim Boubacar Kéïta, who was ousted in August 2020.

If the appointment of the 63-year-old politician is part of the fulfillment of Colonel Goïta's promises to appoint a civilian Prime Minister, it represents a new stage in the rise of the M5-RFP. Since 2020, this protest movement, which has evolved into a coalition of political parties, seems to have climbed the political ladder in Mali to the point of becoming one of the country's main political forces in a year. Once pushed out of power by the military, the party’s rapprochement with the military since the second coup d'état of Assimi Goïta, which led to the resignation of former President Bah N'Daw and his Prime Minister Moctar Ouane, confirms its importance in the process of forming a sacred union aimed at bringing Mali out of the crisis.

If Choguel Maïga's objective is to form a civilian government that includes all of the country's active forces, several personalities from the M5-RFP will likely be at the heart of the new government that will have to lead the country to elections by 2022. If Mr. Maiga does not run for the presidency per the Transitional Charter and the recommendations of the international community that "the head of the Transition, the vice president and the prime minister should not be candidates in the next presidential election," it is possible that another M5-RFP leader will emerge in the next few months as a candidate.

The transition process in Mali has entered a new phase, the evolution of which will be particularly scrutinized by other countries in the region and the international community. Whatever the political family of the future democratically elected president, he or she will have to rely on the support of the M5-RFP, which seems set to dominate the Malian political scene in the coming years.