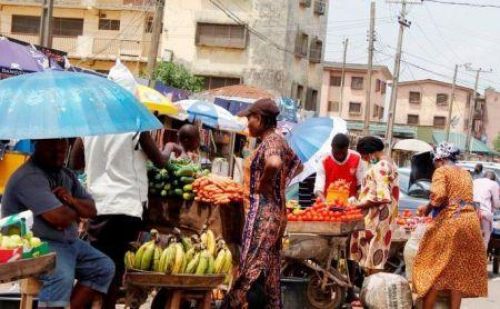 (Ecofin Agency) - The World Bank lowered its 2022 global growth forecast from 4.1%, in January, to 2.9%, mainly because of inflationary pressures. Even though Sub-Saharan Africa is also affected by inflation, its growth prospect has been revised upward by 0.1 percent.

According to the report released Tuesday, June 7, the region’s economy will grow by 3.7% this year. Sub-Saharan Africa will grow by 3.7% this year. While the figure is down from the 4.2% recorded in 2021, it is 0.1 percentage points higher than the growth percentage forecasted by the institution last January.  The region’s 2023 growth outlook has remained unchanged, i.e. 3.8% growth.

Sub-Saharan Africa’s stable growth prospect contrasts with the deterioration of global economic forecasts. The  World Bank indicates that global growth should fall from 5.7% in 2021 to 2.9% in 2022, which is significantly lower than the 4.1% it forecasted last January. The situation raises stagflation (low or zero growth combined with high inflation) fears for the next few years.

“The world economy is expected to experience its sharpest deceleration following an initial recovery from global recession in more than 80 years. Global growth is projected to slow from 5.7 percent in 2021 to 2.9 percent in 2022 and average 3 percent in 2023-24, as Russia’s invasion of Ukraine significantly disrupts activity and trade in the near term, pent-up demand fades, and policy support is withdrawn amid high inflation [...] As a result of the damage from the pandemic and the war in Ukraine, the level of EMDE per capita income this year will be nearly 5 percent below its pre-pandemic trend,” the World Bank explains.

Despite its encouraging prospect, Sub-Saharan Africa remains vulnerable to global supply chain disruptions and inflationary pressures caused by the Russia-Ukraine conflict. While rising commodity prices are supporting recovery in the extractive sectors, in many countries rising inflation is eroding real incomes, dampening demand, and increasing poverty and food insecurity risks.

Sub-Saharan Africa “is now expected to remain the only Emerging Market and Developing Economy (EMDE) region where per capita incomes will not return to their 2019 levels even in 2023. In about 45 percent of the region’s economies and in half of its fragile and conflict-affected countries, per capita incomes are forecast to remain below pre-pandemic levels next year,” the Bretton Woods institution indicates. It then suggested public spending should be redirected “from inefficient and costly items, such as fossil fuel subsidies, toward targeted fiscal relief for vulnerable households, and thus mitigate additional spikes in poverty and food insecurity.”

Let’s note that the World Bank’s 2022 forecast for Sub-Saharan Africa is similar to the projections made by the IMF in April 2022 (3.8% growth).