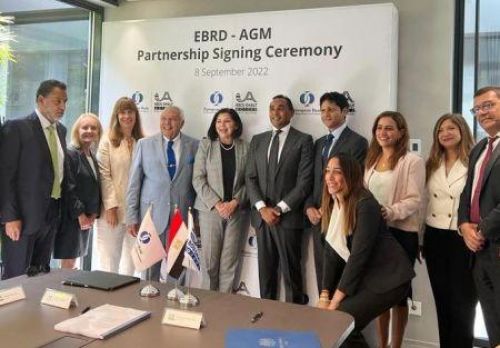 (Ecofin Agency) - Despite the small amount of greenhouse gas it emits, Egypt is experiencing the effects of climate change. The government thus wants to stem the phenomenon with its response plan.

The United Kingdom, through the Foreign, Commonwealth, and Development Office (FCDO) and the European Bank for Reconstruction and Development (EBRD), will provide more than US$12.7 million to strengthen e-mobility in Egypt.

The support, announced Thursday (September 8), consists of a grant and a loan. The EBRD will provide the over US$9.7 million loan while the FCDO will provide a grant of about US$3 million.

The financing is provided to allow Abou Ghaly Motors (AGM), one of the leading transport providers in Egypt, to acquire 250 range-extended electric vehicles (REEVs). According to the release announcing the financing, the aim is to boost the development of e-mobility in Egypt but also to reduce its greenhouse gas emissions.

The financing is announced at a time when Egypt is hosting its international cooperation forum  (Egypt-ICF2022), which “aims to unify key messages for climate action to reflect the aspirations and needs of Africa in preparation for “Finance Day”, which will be held on the sidelines of COP27.”

According to the Egyptian Prime Minister, Mostafa Madbouly, quoted by local media, although the country produces only 0.6% of global emissions, it remains particularly vulnerable to climate change. The most vulnerable are its coastline, agriculture, water resources, health, population, and infrastructure.

In response to the threat, last May, Egypt launched its National Climate Change Strategy 2050, which includes mitigation and adaptation actions in every sector.