The U.S maintains suspension of military aid to Mali, until new elections 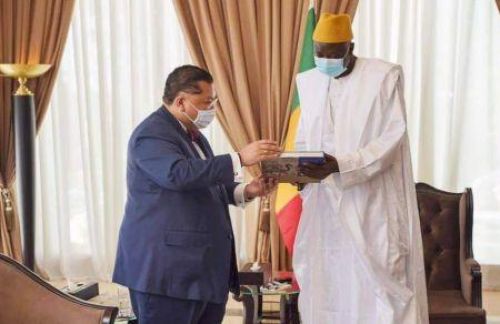 (Ecofin Agency) - The U.S. will maintain its suspension of military support in Mali until the country holds new elections. The information was reported yesterday October 7 by the U.S. special envoy to the Sahel, J. Peter Pham (pictured, left).

As a reminder, Washington suspended military assistance to Mali following the August 18 coup which saw President IBK ousted. According to Peter Pham, the U.S. will however continue cooperation with Mali’s international anti-terrorism partners such as the G5 Sahel nations, the French Barkhane operation, and the United Nations mission to Mali.

Many organizations including the ECOWAS have already lifted the sanctions against Mali. After tough negotiations between the military junta led by Assimi Goïta and a West African delegation, Bah N'daw, a former military officer, was appointed president, and a government headed by Prime Minister Moctar Ouane was established. The new government granted the U.S. envoy an audience last October 1.

Let’s note that the U.S. has been carrying out training and support missions for Mali’s army for several years. They also provide intelligence and surveillance capabilities, as well as logistical transport to France, which has been conducting Operation Barkhane since 2014.