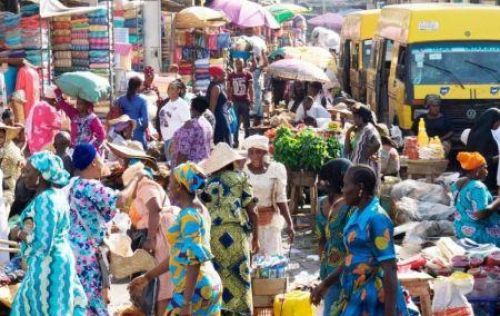 (Ecofin Agency) - The coronavirus pandemic could push up to 40 million Africans into extreme poverty this year, the World Bank said on October 8.

The institution said the advent of such a scenario would undermine at least five years of progress in fighting poverty in Africa. According to the World Bank, growth in Sub-Saharan Africa is projected to fall to -3.3% in 2020, pushing the region into its first recession in 25 years. This is much more than the -2.8% recession announced by the Bank in June.

The World Bank says the substantial downturn in economic activity will cost SSA at least $115 million in production losses this year. GDP/capita growth is expected to contract by about 6.0%, “in part caused by lower domestic consumption and investment brought on by containment measures to slow the spread of the coronavirus.”

However, the recession will be unevenly felt across the region. The decline will be stronger for countries dependent on exports of materials such as hydrocarbons and precious metals. On the other hand, for "resource-poor" countries, the decline in growth is expected to be moderate. Many of them, such as Côte d'Ivoire, Ethiopia, and Kenya, are expected to maintain positive growth due to the slightly more diversified nature of their economies.